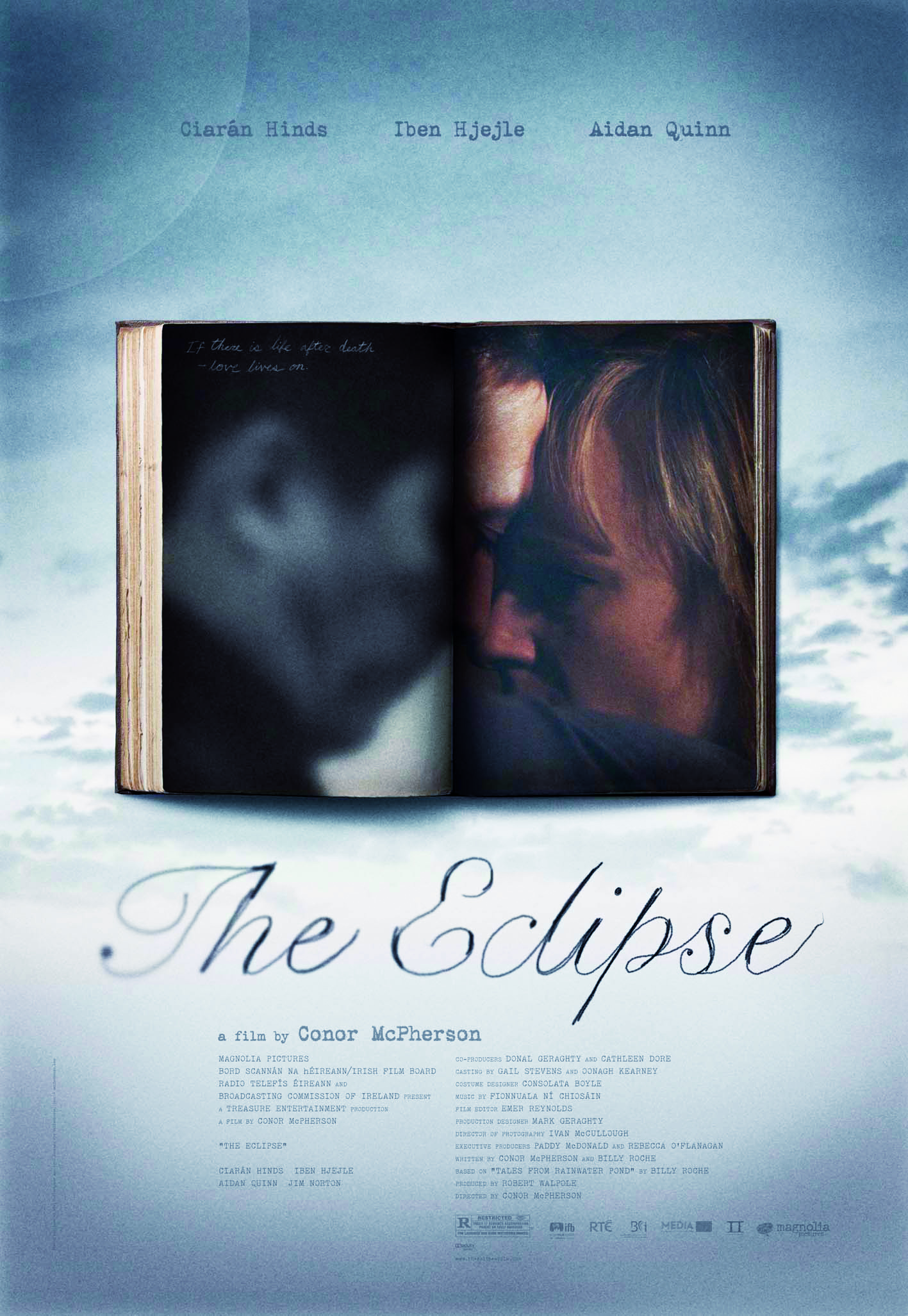 Cohb, an Irish seaside town, would probably not even show up on Google, if it wasn’t for its annual literary festival, attracting respected and upcoming novelists from across the globe, eager to spend some whiskey-soaked soirees. Local teacher Michael Farr, who drives the guests around during the festival, uses the occasion to get his head straight. Indeed, life hasn’t been kind to him lately: his beloved wife has passed away, his two kids are as joyful as a tombstone and daddy-in-law has also kicked the bucket. He becomes attracted to Lena Morelle, a female Stephen King, who desperately tries to flee from the lustful assaults of Nicholas Holden, a world-renowned hard drinking American novelist. But if Holden circles her like a hawk with the obvious purpose to get laid, Michael has other reasons to be interested in her. For some time now, he’s been plagued by terrifying apparitions… The Eclipse, a haunting love story that is inspired in some ways by Kiyoshi Kurosawa’s work, has already gathered lots of awards on the international festival circuit. Ciaran Hinds ( Munich, Miami Vice ) gives a restrained performance as Paul. Aidan Quinn ( Benny & Joon, Legends of the Fall ) clearly enjoys himself playing the dreadful character of Nicholas Holden. And the delicious Iben Hjelje ( High Fidelity ) steals both their hearts as Lena Morelle.