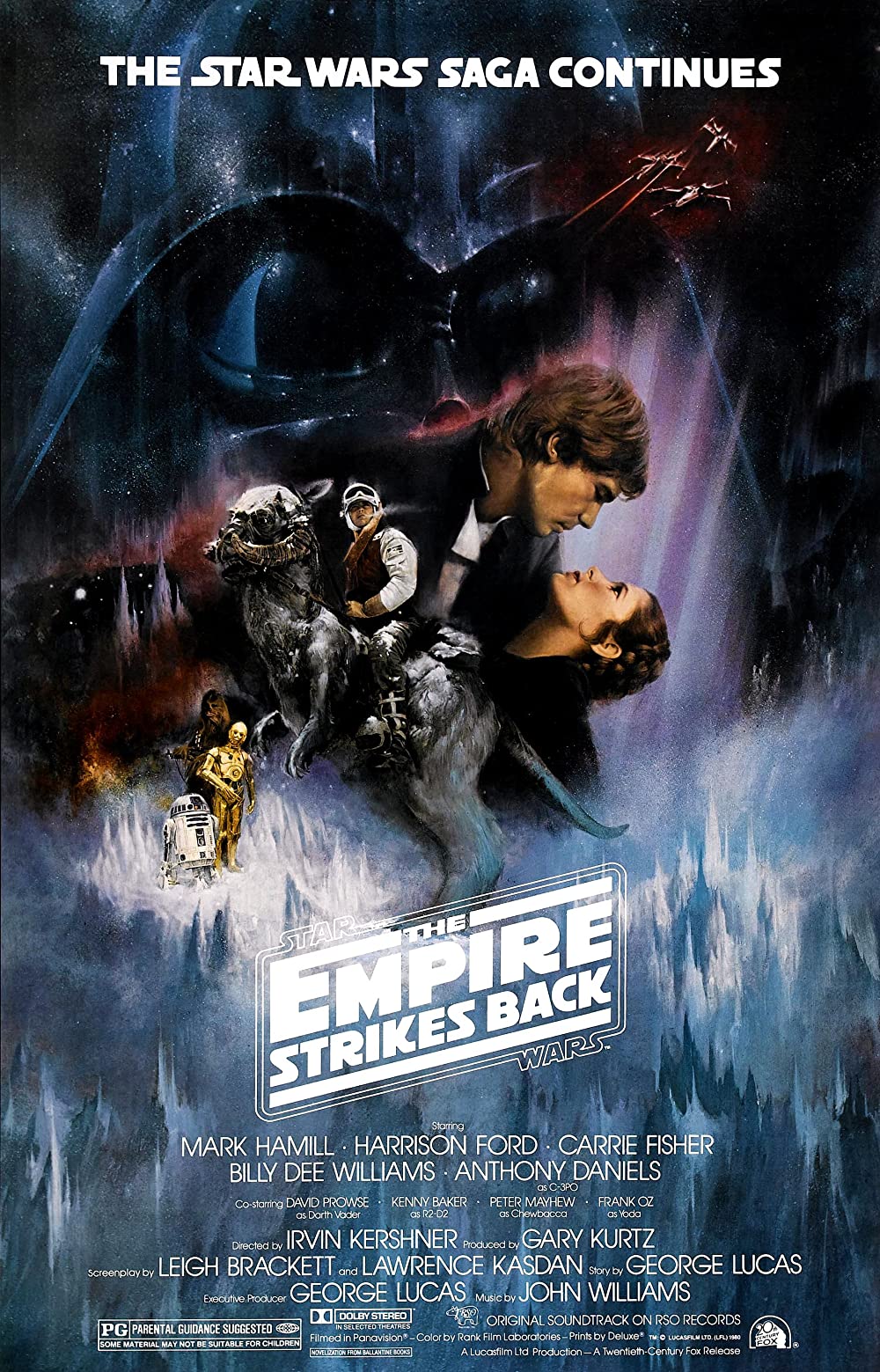 THE EMPIRE STRIKES BACK

“May the force be with you!” After the destruction of the Death Star, the rebels have taken shelter on Hoth, the icy planet. Luke Skywalker, Princess Leia and Han Solo are fighting against the cold climate, but the police of the Empire has found them. Huge war machines are coming in and tracking the fearless, unarmed rebels. Once again, their group has to flee.
“The Empire Strikes Back” is definitely the best episode of the trilogy, which ended with “The Return of the Jedi”. It was directed by Irvin Kershner (“Never Say Never Again”).
Actually, in the mind of Lucas—who produced and oversaw the special effects in the movie, “Star Wars” is just the first step of a greater project which should lead, in about twenty years or so, to a series of nine movies divided in three trilogies. In ten years, we notice see the improvement of special effects even more than in the first movie. “2001: A Space Odyssey”, the pioneer movie, only included 35 shots using special effects. In 1977, “Star Wars” already had 380. “The Empire Strikes Back” incorporated 722 shots like these which was, according to Kershner, “the limit of what can be done in this field”.