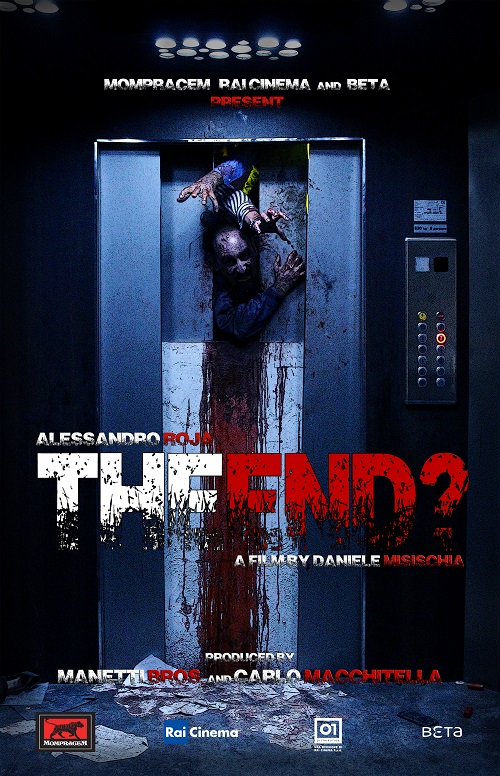 Businessman Claudio is the living embodiment of the wily capitalist who lets nothing stand in his way. On a routine working day, he first behaves like a douchebag towards his driver and then starts hitting on a naive trainee. When he takes the elevator with the female colleague he previously seduced, the lady shows him what she thinks of a renewed acquaintance by coldly crushing his crown jewels and leaving him literally hanging on… because the elevator is stuck between floors and won’t budge. At the same time, Rome succumbs to acute zombie fever and before long Claudio has to witness how his colleagues perish by the dozen at the hands of bloodthirsty monsters. Soon they set their sights on him too and he has to fend off the hellish horde of half-dead monsters in the metal cage that could well turn into his grave. It’s enough to send a guy up the wall… The End ? was produced by the Manetti Bros. Antonio and Marco are no strangers to the BIFFF crowd because previously we showed Paura 3D ( 2013 ), The Arrival of Wang ( 2012 ), and Zora the Vampire ( 2002 ). As the foulmouthed protagonist, we recognize Alessandro Roja, known from television series like Romanzo criminale and 1992. Director Daniele Misischia gets the most out of his claustrophobic location in this infectious contemporary zombie tale, told with the raw energy of a B movie.