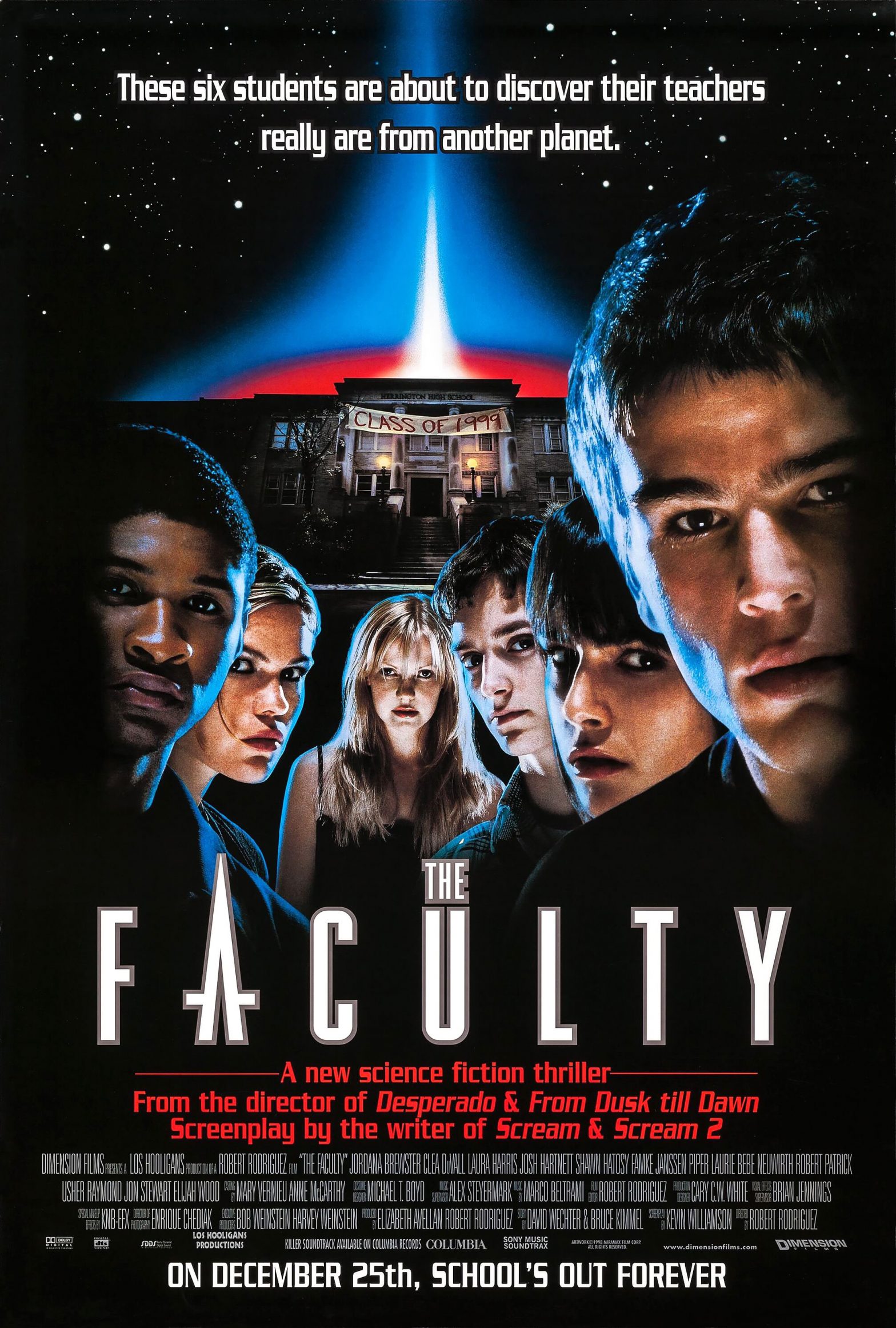 Like so many schools in America, Herrington High is just a shadow of its former self. The walls are dirty, the study books are outdated and the burnt-out teachers drag themselves through their courses. There’s no money for excursions, new computers or the yearly drama class musical. Yet the crumbling hallways are filled with America’s future : loners, leaders, losers, hipsters and nerds. Like all adolescents, they have problems with parents who can’t understand them, teachers who have never understood them and raging hormones that are beyond control. But now the students of Herrington High are facing an even bigger challenge. They will have to save the world from an alien invasion.
That’s all we are going to tell, because it would be cruel to spoil the fun. The combination of renegade director Roberto Rodriguez (El Mariachi, Desperado, From Dusk Till Dawn) and the hottest screenwriter in town, Kevin Williamson (Scream I & II, I Know What You Did Last Summer), has led to a unique sci-fi thriller. Teenage Angst, black humour, tension and stunning SFX are all blended into an exciting roller coaster ride of a movie. The bunch of students that have to save the planet are interpreted by upcoming players like Elijah Wood (The Ice Storm, Deep Impact), Josh Hartnett (Halloween : H20), Jordana Brewster (Tv’s As the World Turns) and Shawn Hatosy (In and Out, Dogma). The teachers that desperately try to control them are Robert Patrick (Terminator II, Copland), Bebe Neuwirth (Tv’s Cheers, Green Card), Salma Hayek (Desperado, From Dusk Till Dawn, Dogma), Famke Janssen (Goldeneye, Deep Rising, Rounders), John Stewart (The Larry Sanders Show) and Piper Laurie (Carrie, Children of a Lesser God, Twin Peaks). Because a cool movie needs a cool soundtrack, The Faculty features songs by Garbage, The Offspring, Oasis, Sheryl Crow, Soul Asylum and many others.