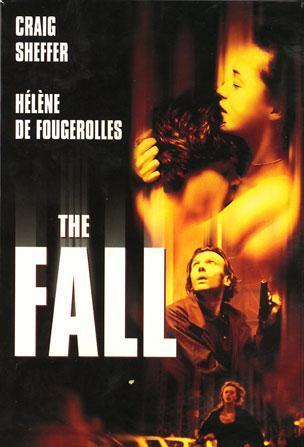 THE FALL by Andrew Piddington

Budapest, Hungary. Marta, a beautiful young woman, is being followed by two man. When one of them approaches, she jumps on his back and slits his throat. Nearby, Adam, an American writer, sees his hot shot lawyer girlfriend Lisa off to work. There’s a lot of tension between them. Adam came to Budapest only to be with her, but Lisa never has time for him and now he feels neglected. Just moments after she left, Marta bursts hysterically into their apartment and collapses. He finds the knife but is unable to contact the police or Lisa. When Marta wakes up, Adam is suspicious, but he lets her stay, fascinated by her seductive sexuality. She tells him that she used to live in his apartment with her husband and daughter. When Marta became friends with a prominent local figure, Jozsef Kovacs, the man got obsessed with her to the point that he kidnapped Marta and murdered her husband. For three years he held her captive in his house, where she was sexually abused. Now Marta has escaped, but she got separated from her daughter. The alluring young woman draws Adam into a frightening game of cat and mouse, convincing him to kill the madman that is haunting her. But things are never what they seem to be…
The spellbinding thriller The Fall is an intricately woven story of deceit, passion and murder. Set in Eastern Europe, where political transitions have led to a world of paranoia and fear, first-time British director Andrew Piddington combines elements of a Hitchcock thriller with a unique story of foreign intrigue and a sensual eroticism. To him it’s “all about heightened moments concentrated over one day, which all come together to change someone’s perspective.” Piddington has put his characters in an alien situation, where, confronted with their suppressed fantasies, they are thrown off guard and have to rely on their instincts to survive. The Fall stars Craig Sheffer (Nightbreed, A River Runs Through It, Reasonable Doubt) as Adam Ellis, a man whose life is changed in one afternoon. Hélène de Fougerolles (La reine Margot, Assasins, Que la lumière soit) is the mysterious Marta and veteran actor Jürgen Prochnow (Das Boot, In the Mouth of Madness, Judge Dredd) plays Jozsef Kovacs.