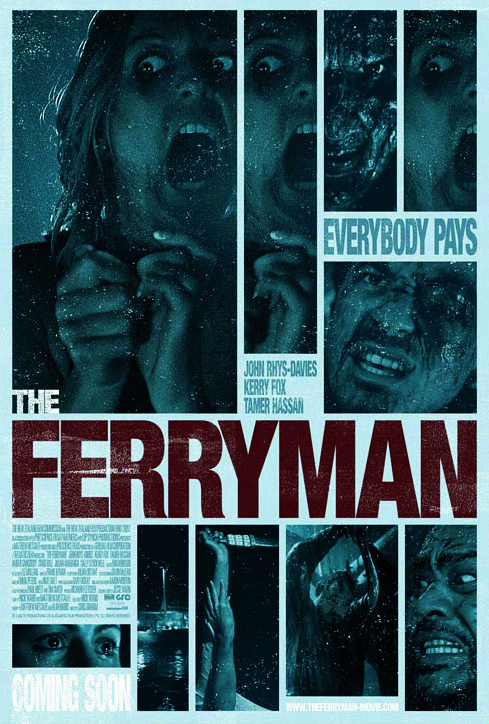 Out on a dead calm ocean, in a thick fog, a group of tourists on a pleasure craft cross paths with an ancient and terrible evil. Sharing the same ocean, a sick, dying old Greek man drifts alone on a stricken yacht. The Greek has been cheating death for countless years, trading broken bodies for new ones over centuries. With him he carries a deadly and powerful weapon, the Shifting Blade, that allows him to do this. But now is the time of reckoning. The Ferryman, the ancient conveyor of death and the path to the afterlife is close and he wants the Greek. The tourists and crew on board the yacht have rescued what they think is a sick and dying man. They have no way of knowing what a dangerous man the Greek is. There will be blood in the water by the time he’s finished, but will he escape death again at the expense of the lives of everyone onboard ? Or will the Ferryman play another game with everyone’s lives ? From New Zealand comes a truly scary horror film, with a unique and original script and an acclaimed international cast, headed by John Rhys-Davies ( Indiana Jones, The Lord of the Rings ) as the Greek and Kerry Fox ( An Angel At My Table, Shallow Grave ), Craig Hall ( King Kong, Perfect Creature ) and Lawrence Makoare ( Die Another Day, Lord of the Rings ) as his unsuspecting victims. Director Chris Graham follows in the footsteps of the classic horrors from the past such as The Shining and Dead Calm. You will love and hate its characters and their classic one liners just before they are struck down by evil. The Ferryman will take you on a journey dark enough to satisfy even the most hardcore horror fan.