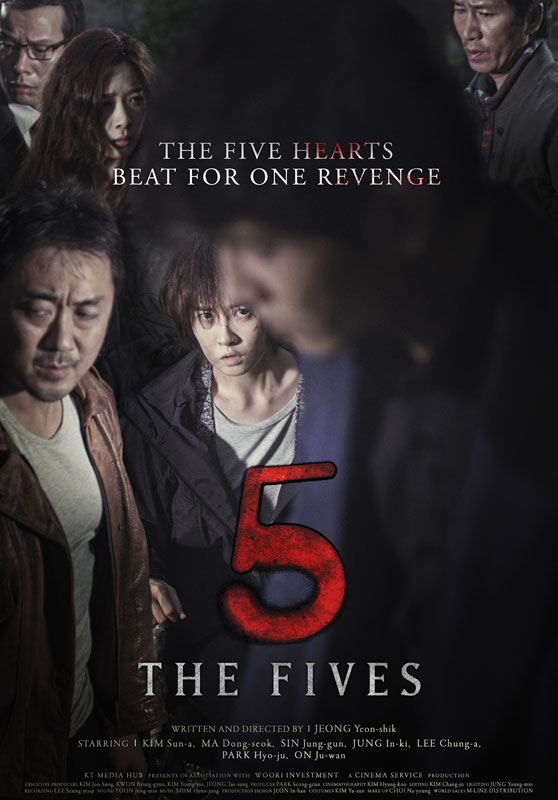 Eun-ah is perfectly happy before a serial killer enters her life and kills her husband and daughter in front of her. Two years later, having barely escaped from death, she’s an emotional wreck in a wheelchair. The only thing that keeps her going is finding the monster that did this to her and her loved ones. When she gets a breakthrough in her search, she realizes she won’t be able to pull this off alone. Eun-ah recruits four people who are desperately in need of an organ transplant for them or their family. She promises them her liver, her kidney, her eye and her heart if she gets her revenge. The fives find the killer and close in on him. But he’s not going to be slaughtered like a lamb and turns the tables on them. In 2011 comic-strip artist Yeon-shik Jeong created the successful web series The Five Hearts with the objective to find funding to turn this original and horrifying story into a feature film. And he has succeeded on all fronts. The Fives is yet another terrific Korean serial killer movie ( there must be something in the water over there! ) thanks to atmospheric visuals by DOP Hyeong-gu Kim, cameraman of Joon-ho Bong for Memories of Murder and The Host, and the interpretation of Seon-ah Kim ( S Diary, She’s On Duty ) as the desperate, physically and mentally maimed Eun-a.