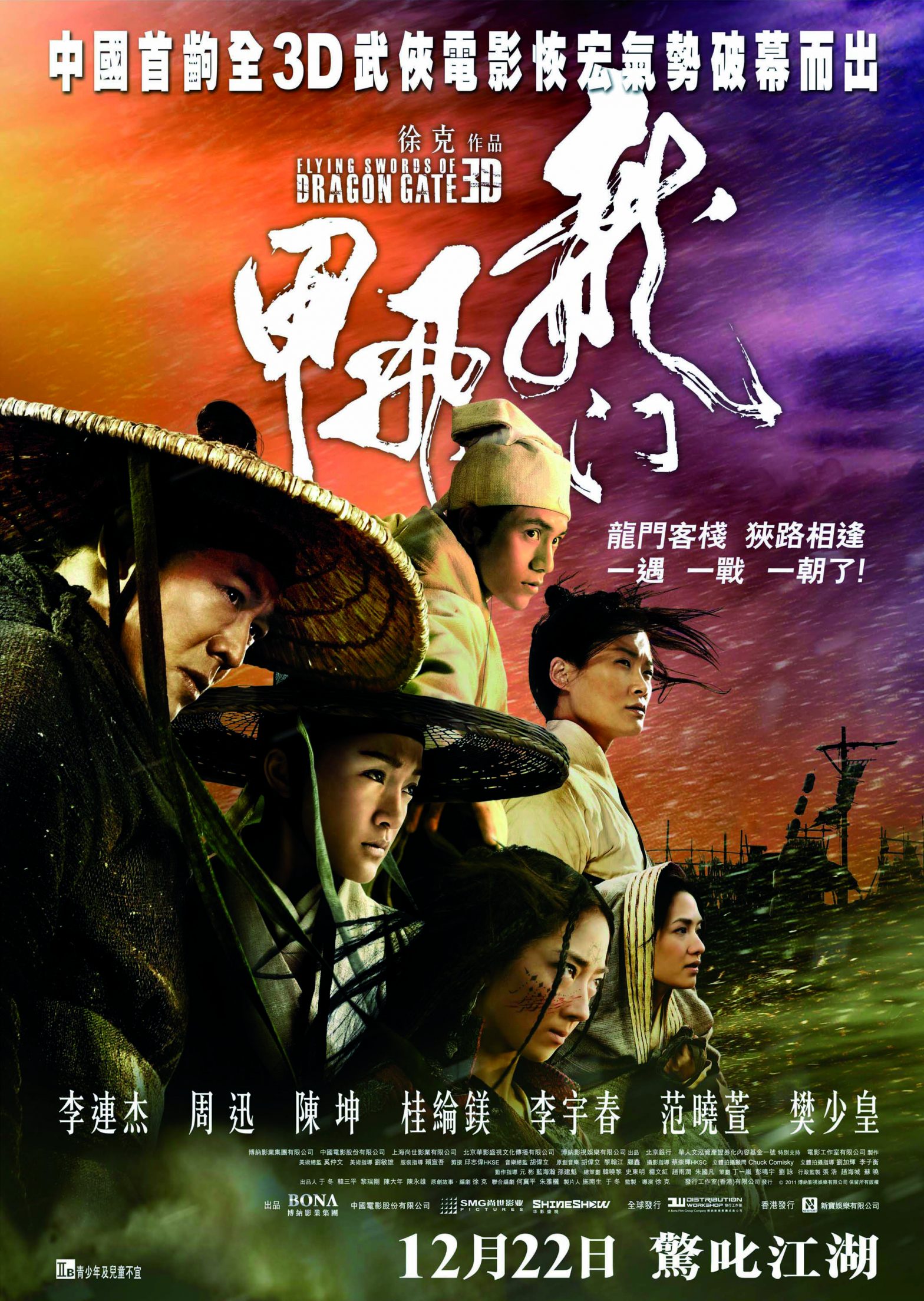 THE FLYING SWORDS OF DRAGON GATE

The Dragon Inn was a notorious den of thieves in the midst of the desert. Three years after it went up in flames and its boss, Jade, disappeared without a trace, a new gang of bandits has made it its home. During the day, they run the reconstructed inn, while during the night they search for treasure. The Dragon Inn is the gateway to a lost city, buried under the desert sands. Once every sixty years, a giant storm will expose the city and that moment is soon approaching. Then a pregnant imperial concubine and Wen, the mysterious woman who saved her from the imperial palace, come knocking on the door. They seek shelter in the Dragon Inn, as their pursuers are quite formidable. The powerful eunuch Yu and his Imperial Brigade of Assassins want the girl back. And the disgraced general Zhao wants to finish off Yu and restore peace and justice in the empire. With the storm looming over the horizon, everything is set for an epic confrontation. Nobody was better suited to helm this Chinese super production in 3D ( leading the Asian Film Awards with 7 nominations ) than legendary producer and director Tsui Hark ( Once Upon A Time in China, Zu Warriors, Detective Dee and the Mystery of the Phantom Flame ). Those who thought Hark had reached the top of his game with Detective Dee, will be blown away by this stunning symbiosis of old-school martial arts and cutting edge CGI wizardry. Moreover, The Flying Swords of Dragon Gate marks the first collaboration between Tsui Hark and superstar Jet Li ( Hero ) since the Once Upon A Time in China series and the sparks are just flying off the screen.