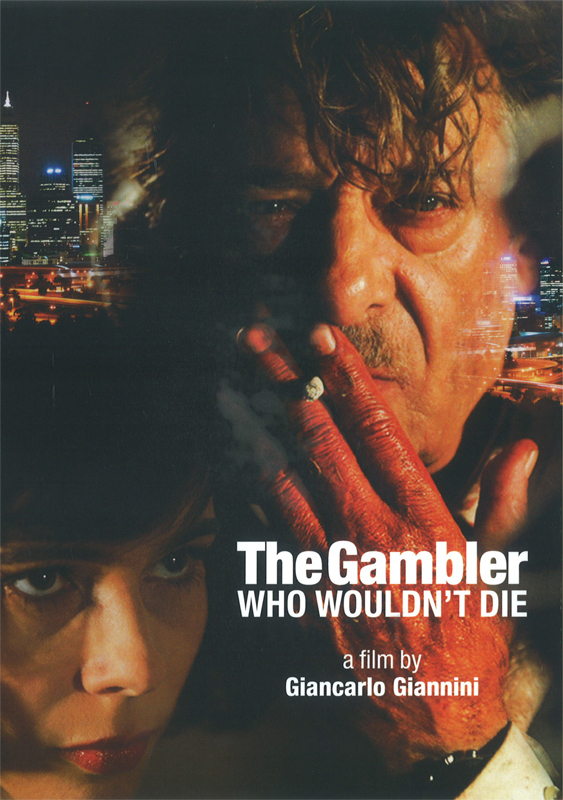 THE GAMBLER WHO WOULDN’T DIE

Nikita is the man who drives the dead to their final resting place. One night he attends a poker game and looses a lot of money. His creditors offer Nikita to pay his debt by acting as the prey for a manhunt. He has 20 minutes to escape from men who will try to hunt him down to kill him. Nikita survives the ordeal and discovers that he actually enjoys it. He goes back and asks for more lethal thrills. From that moment onwards, he enters a new dimension where terror and madness will slowly and mysteriously interweave with his life, making him addicted to the obsessive compulsive desire of being chased. An unexpected encounter with a beautiful young woman will lead to unforeseen complications. Italian actor Giancarlo Giannini is a true legend. Nominated to the Oscars in 1977, Best Actor at the Cannes Festival in 1973 with Love and Anarchy, parts in the two latest James Bond adventures and a meal for Hannibal Lecter in Ridley Scott’s film. He doesn’t only excel in front of the camera, but also behind the lens, as proven by his second long feature The Gambler Who Wouldn’t Die, where he stars alongside F. Murray Abraham ( Amadeus, Scarface ).