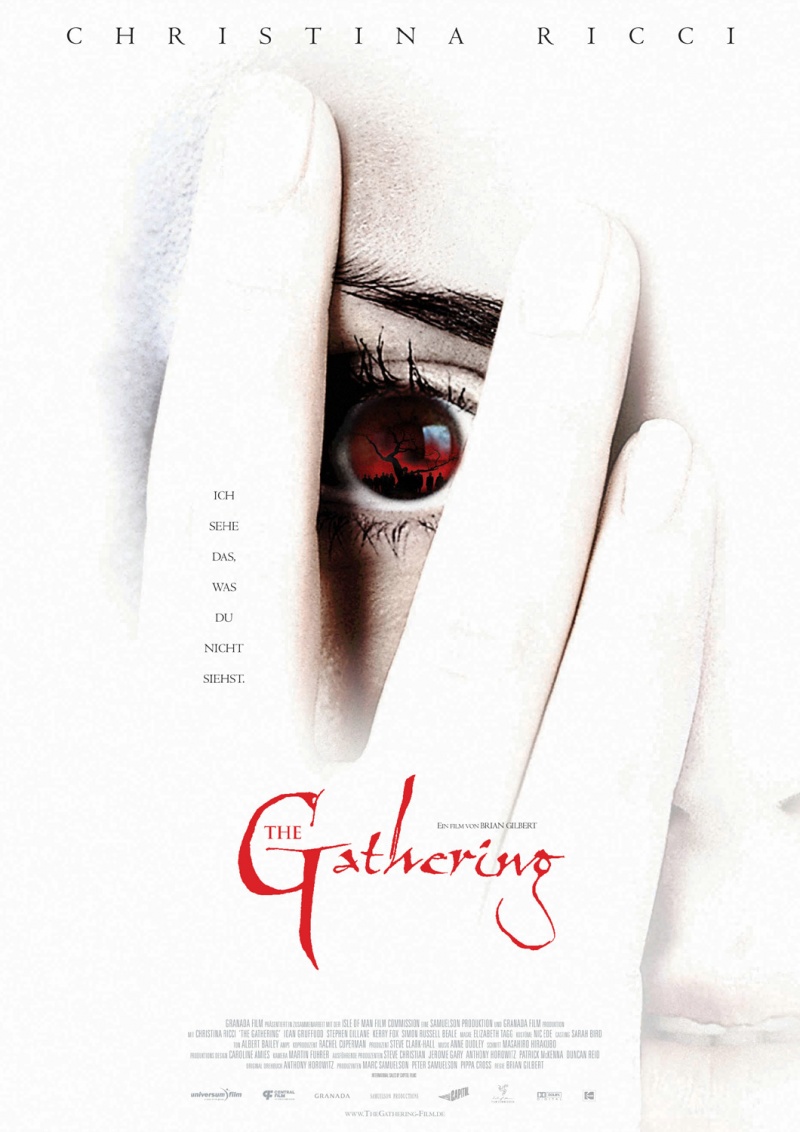 A freak accident at Glastonbury unearths an ancient buried church. Entombed between its walls is a mural that captures the crucifixion from a new and disturbing perspective. Instead of the image of Christ, it shows the sinister faces of those gathered to watch. Shrouding the find in secrecy, Luke Fraser, a priest working for the Catholic Church, calls in art expert Simon Jackman. Luke thinks that the mural is a warning of pending disaster and his proof is found in pictures of various disasters throughout history featuring the same sinister faces among the crowds. Simon remains unconvinced until Cassie Grant, a young American backpacker who suffers from memory loss, tells him that she’s seen the very same faces in a nearby village. Is she hallucinating or are these mysterious strangers gathering to bear witness to yet another human disaster ?

The Gathering is a chilling supernatural thriller by director Brian Gilbert (Not Without My Daughter, Wilde). This unsettling story, in the tradition of British horror films like The Wicker Man, was filmed in Glastonbury, birthplace of English mythology, and benefits from the performances of Christina Ricci (Sleepy Hollow), Stephen Dillane (Welcome to Sarajevo), Kerry Fox (Shallow Grave) and Ioan Gruffud (Tv’s Hornblower).