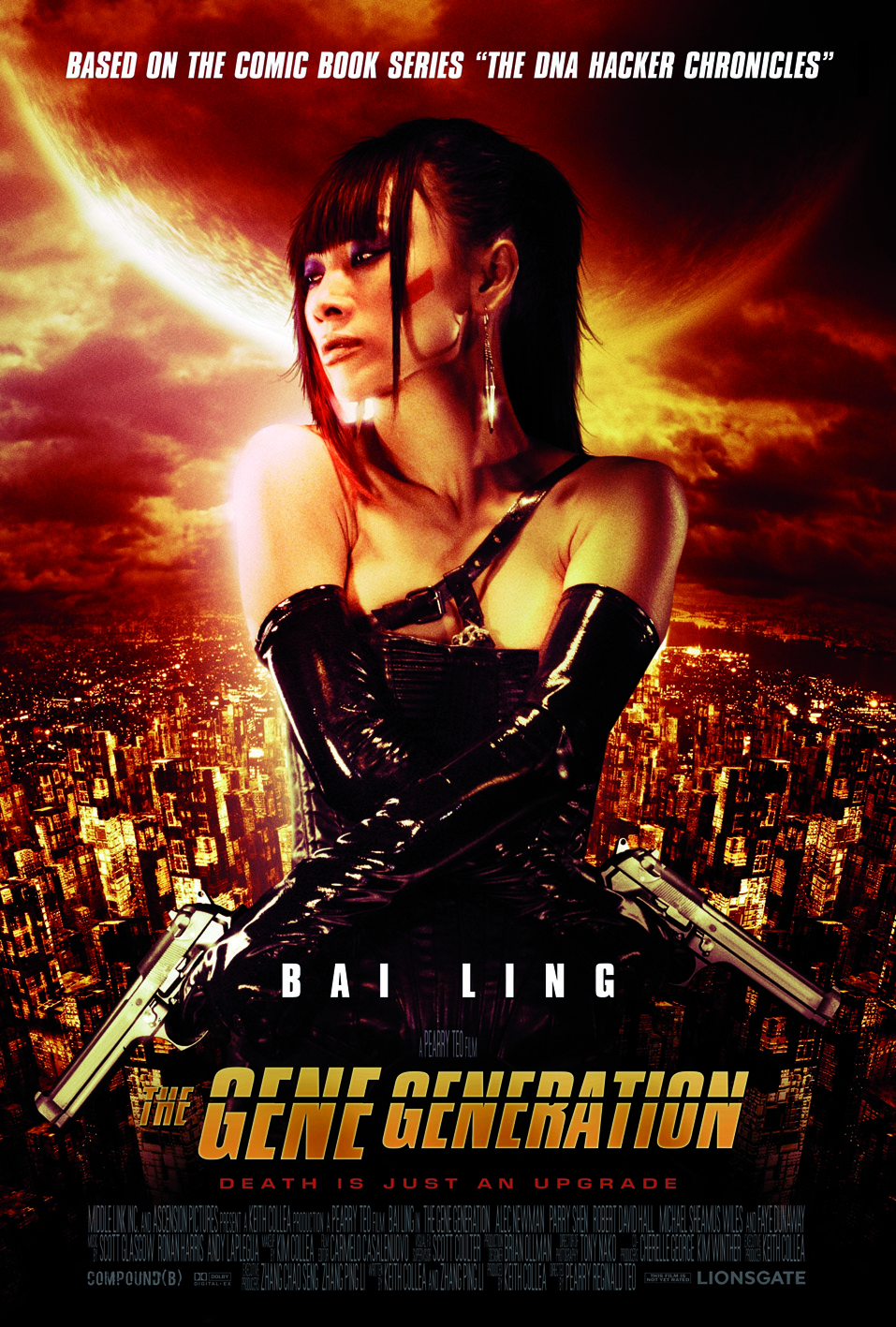 Web pirates have become obsolete. They’ve been supplanted by DNA hackers. In the blink of an eye, you can become a disembodied voice issuing from a slithering mass of wormy tentacles. The hackers are the only way out for the desperate citizens of Olympia, a city teetering on the brink of chaos. Only those with a healthy genetic code are allowed to leave the city. Michelle, an acrobatic, mean and lean killing machine has been hired by the state to eliminate anyone with a fake DNA-code. But she’s also got to handle her ne’er do-wellbrother, who’s become entangled with the local underworld. Soon both siblings are up to their necks in peril. With The Gene Generation, Singapore born Pearry Reginal Teo has adapted his own graphic novel to the big screen. It’s simply amazing how much he’s been able to accomplish with a meagre budget of 2.5 million dollars. When it comes to atmosphere and design, the movie looks like a crossing between Dark City and Casshern. Leave it to Bai Ling ( The Crow, Red Corner ) as the deadly femme fatale Michele and the legendary Faye Dunaway ( Bonnie and Clyde, Chinatown, Flick ) as a horribly mutated scientist, to further lift this sci-fi flick far above average. You could even say that Teo has invented a new genre : the gothic post-apocalyptic film noir.