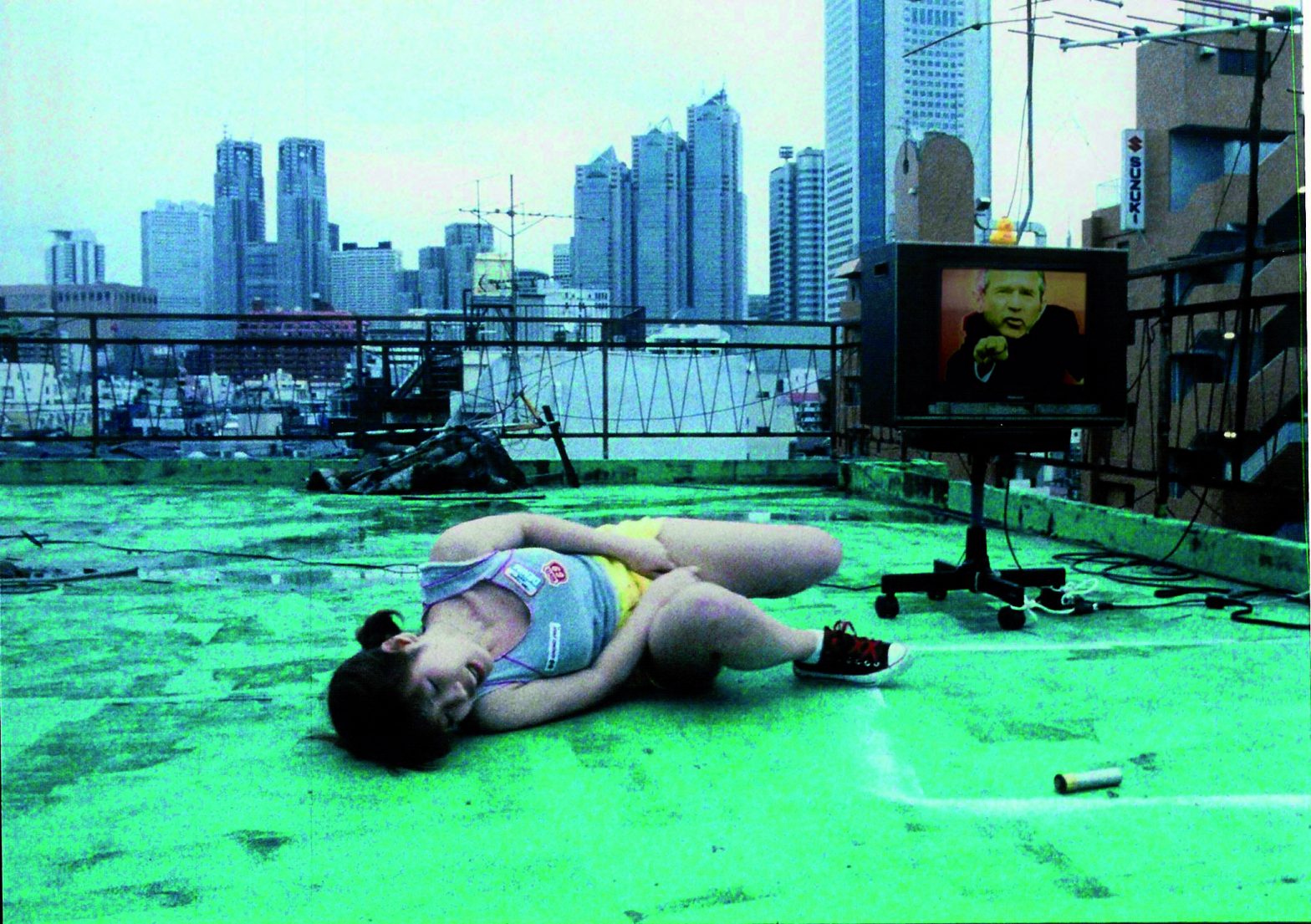 THE GLAMOUROUS LIFE OF SASHIKO HANAI

Sachiko Hanai works in a sexual role-play club, her speciality being the lusty private home tutor. One day, she inadvertently stumbles into a coffee shop where some suspicious-looking dealings are taking place between a North Korean and a Middle Eastern-looking man. Suddenly the North Korean draws a pistol and Sachiko is hit in the centre of her forehead. Remarkably, she gets up and wanders out into the street, not noticing the clerk put a strange metal canister into Sachiko’s bag. When she pushes the hole in her head, her mind is filled with strange visions. In an instant, Sachiko becomes able to understand foreign languages and to solve complex mathematic formulas. Meanwhile, the North Koreans are in search of the metal canister. It contains a replica of George Bush’s finger, which is capable of unleashing a devastating nuclear apocalypse. The Glamorous Life of Sachiko Hanai, an outrageously eccentric Japanese “Pinku”, could rightly be called surreal softcore sexploitation cinema with a difference. Written by Takao Nakano, the director of the ExorSister film series and starring cult icon Kei Mizutani (Weather Woman), sex and politics have never been such close bed buddies. See Sachiko getting horny whenever names of philosophers such as Noan Chomsky is mentioned. Or watch the scene where she’s writhing around on a rooftop while a TV broadcasts footage of a war ridden Iraq is intermingled with a speech where the president literally gives Sachiko the finger and boasts how great his “Bush Technique” is. This is a curious and strange piece of cult sex-propaganda.