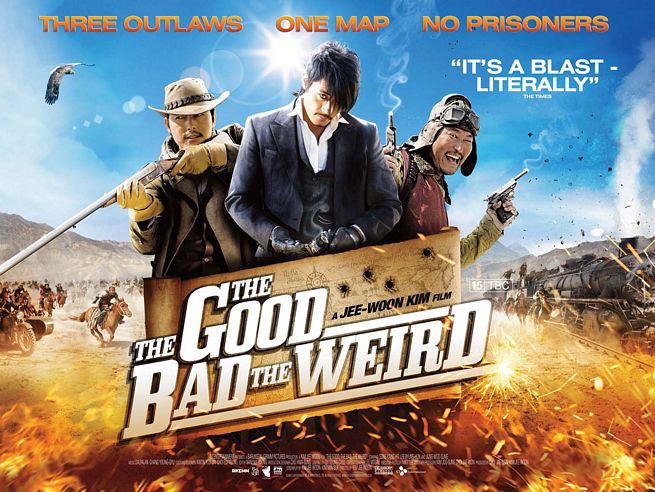 THE GOOD, THE BAD, THE WEIRD

The plot is obviously just a pretext in this eastern full of crazy characters, virtuoso shootouts, and wild camera capers. The body count is immeasurable and blood often spurts right onto the camera lens in the most expensive movie in South Korean film history. Throughout, Jee-woon Kim pays homage to the Sergio Leone of Fistful of Dollars and Once Upon a Time in the West, including an Ennio Morricone-like soundtrack in which flamenco guitars and Balkan brass bands vie for your attention. Two and a half hours of unbridled pleasure! Following a mysterious map and armed with multifarious armaments, three wily individuals each go on a separate treasure hunt in the Manchurian desert during the turbulent 1940s, with the Japanese army, Korean independence fighters, Chinese bandits, and all sorts of gangs and hoodlums hot on their heels.