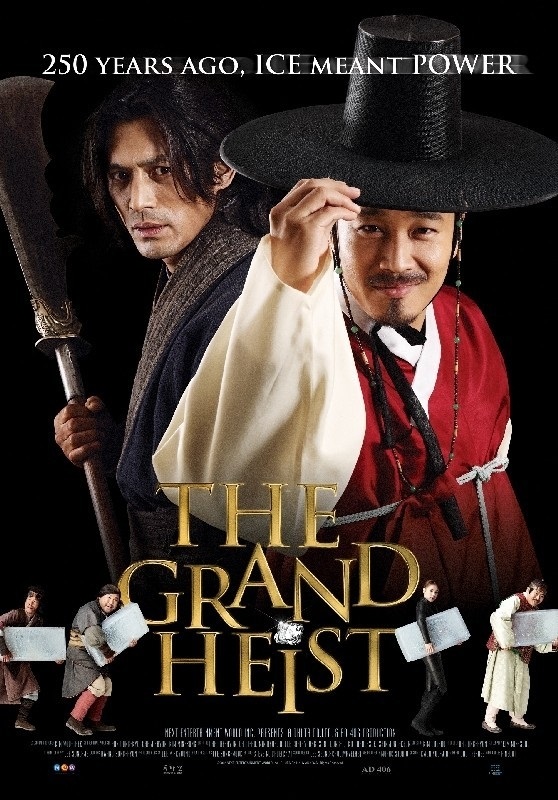 About 250 years ago during the Chosun dynasty in Korea. Lee is an ingenious young man, the son of the powerful second vice-premier. But Lee’s life is turned upside down when his father is eliminated by a political enemy, first vice-premier Cho, and sent away on exile. In his extreme lust for power and money, Cho also frames loyal superintendent Baek, who oversees the country’s storage of ice. This invaluable commodity in a time before the invention of refrigerators, is kept in a massively built and well guarded ice house. Unable to endure Cho’s tyranny, Lee and Baek gather a group of experts in various fields : financing, digging, explosives, underwater diving, intelligence, camouflage. With the help of this crack team, they will try to rob the royal ice house and bring down Cho. For his first long feature film, Joo-ho Kim teamed up with Min-suk Kim, the screenwriter of Jee-woon Kim’s The Good, The Bad and The Weird. This tribute to old school heist movies is a genuine anthology of action and comedy, with one impressive action sequence after another. The reference to Soderbergh’s massive hit movie makes this incredible adventure even tastier. Get ready for Gangnam Eleven !