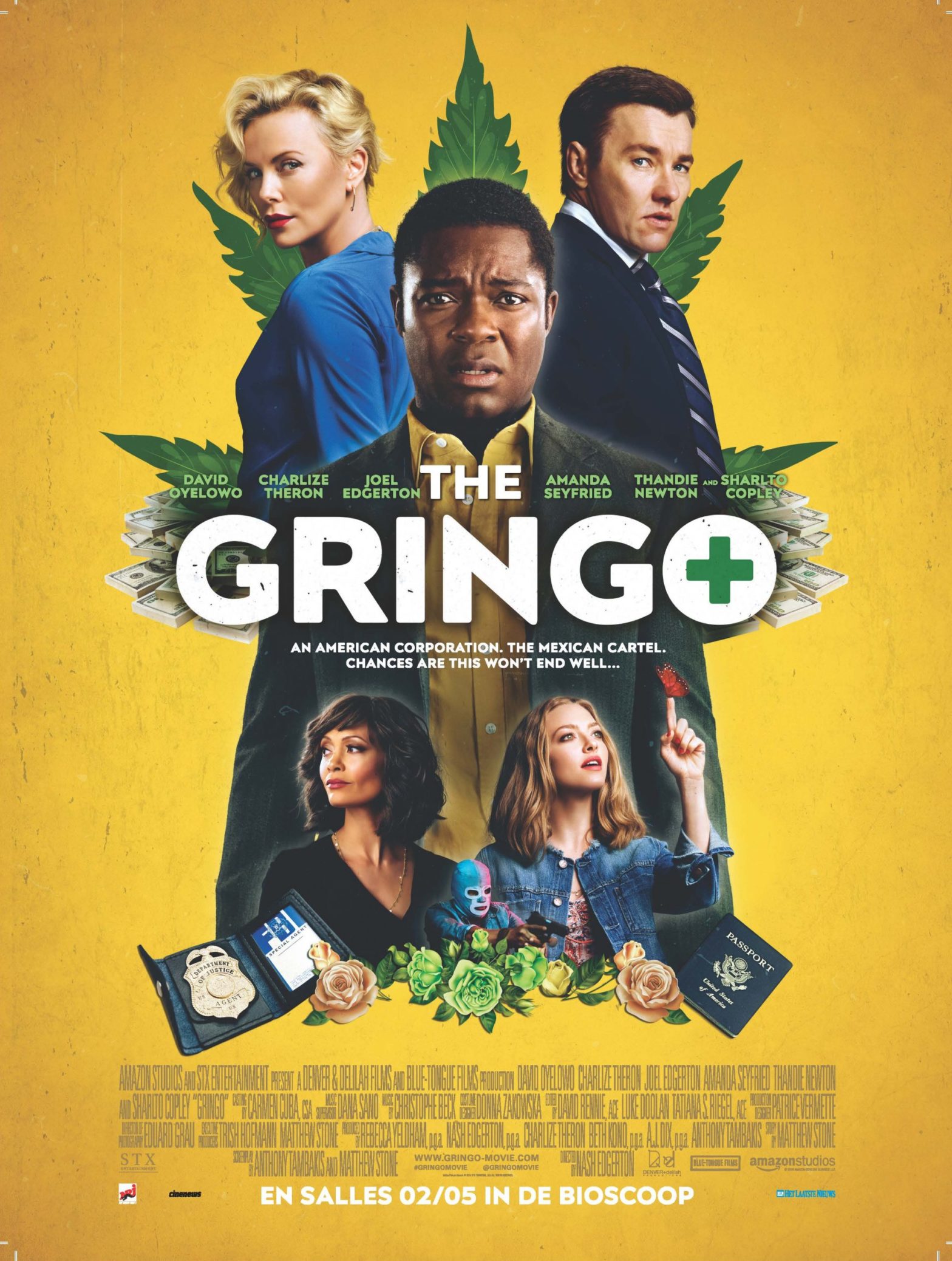 In a growing series of countries, the medicinal use of marijuana is legally permitted. We just had to wait for a few smart American (who else?) business sharks to put the stuff into a pill and market it. Harold Soyinka works for one such company and is sent to Mexico to handle the manufacturing of the product. He rather likes it in Mejico (what with tequila, good food, and easy chicks…), but one day he’s kidnapped by a drugs cartel that has an ax to grind with his bosses. The latter quickly hire a fixer to get Harold out of harm’s way but that proves to be a little more complicated than they had expected. The odd couple can only rely on each other and ends up having to survive one outrageous situation after another. Will they ever make it across the border before The Donald puts up his Great Wall of Defense against Illegal Aliens? For his first big studio project, Australian filmmaker Nash Edgerton succeeded in getting a dream cast. Or how do you fancy his brother Joel Edgerton (Red Sparrow), Charlize Theron (Atomic Blonde, Mad Max: Fury Road), David Oyelowo (Selma, Jack Reacher), Sharlto Copley (District 9, Free Fire), and Amanda Seyfried (Red Riding Hood)? They shine in this berserk action comedy that draws inspiration from the work of crime writer Elmore Leonard, as adapted by the likes of Quentin Tarantino (Jackie Brown), Steven Soderbergh (Out of Sight), and Barry Sonnenfeld (Get Shorty).