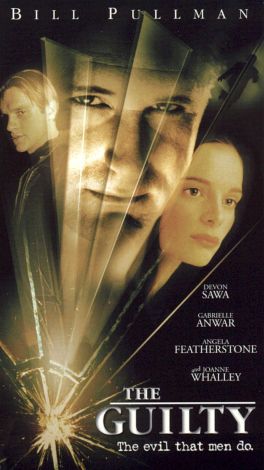 Callum Crane is a successful lawyer on the verge of becoming a judge when he commits a devastating act. Fuelled by alcohol inspired lust, he assaults Sophie, a beautiful new legal assistant who subsequently threatens to expose him and destroy both his career and his marriage. In the meantime, a young petty criminal named Nathan discovers that Crane is his real father and he sets out to find him. Whilst searching he encounters and befriends Sophie’s roommate Tanya near Crane’s office and ends up staying at their apartment. It is here that Nathan falls in love with Sophie, oblivious of her connection to his father. A surprise event leads to the first encounter between father and son, the lawyer and the thief. But Crane is not the man that Nathan expected. Ignorant of who he is speaking to and desperate, Crane offers money to kill the young woman who could tear his life apart. The complex chain of events following this proposal, will have dramatic consequences.
The Guilty is an exciting contemporary thriller by Anthony Waller, the director of Mute Witness and An American Werewolf in Paris. Bill Pullman (Independence Day, Lost Highway) plays powerful lawyer Callum Crane. Gabrielle Anwar (Scent of a Woman) gets caught between father and son as Sophie. Angela Featherstone (Army of Darkness, Con Air) is Sophie’s roommate Tanya. Joanne Whalley (Tv’s The Singing Detective, Scandal) plays Crane’s beautiful but devious wife Natalie and Devon Sawa (Idle Hands) is petty criminal Nathan.