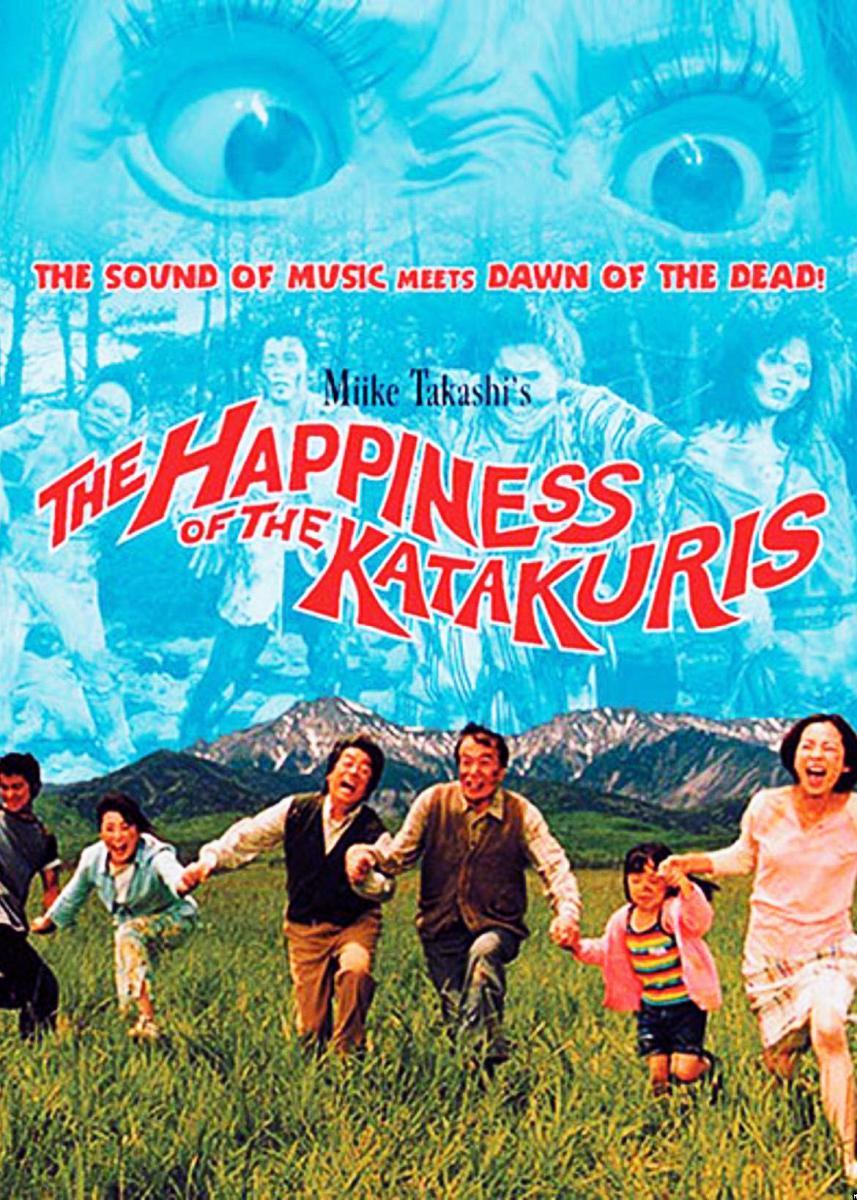 THE HAPPINESS OF THE KATAKURIS

The Katakuris are a modern, dysfunctional family. Father Masao has recently lost his job. With his retirement money, he decides to pursue his dream and open a guest house in the mountains. He’s accompanied by his wife Terue, grandfather Jinpei, his son Masayuki, a loser with a criminal record, and daughter Shizue, who has just returned home with her little girl Yurie after a failed marriage to a Turk. Several quiet weeks go by without a single guest. Then a group of passing psychics tell the Katakuris that their house is cursed. Next night, during a storm, the first guest arrives. The depressed and lonely man commits suicide in his room. Afraid that their business will be killed before it even starts, the family hastily buries the body in the woods. Then their next guests, a very unfit sumo wrestler and his tiny girlfriend, expire in a heated sexual bout. The Katakuris are forced to bury them too. But the police start sniffing around and Nature itself seems intent on unearthing the corpses with storms, rain, earthquakes and landslides. Based on the Korean black comedy The Quiet Family (Festival 1999), this extraordinary genre-blending remake could rightly be called Takashi Miike’s horror musical. The director of the Dead or Alive trilogy, The Audition and Ichi The Killer mixes slapstick, animation, musical, horror and dark humour with abandon. As in a musical, the characters suddenly burst into song and dance as the mood takes them. The climax features a bizarre homage to “Singing in the Rain”, where even the corpses get up from their grave to join in the muddy choreography.