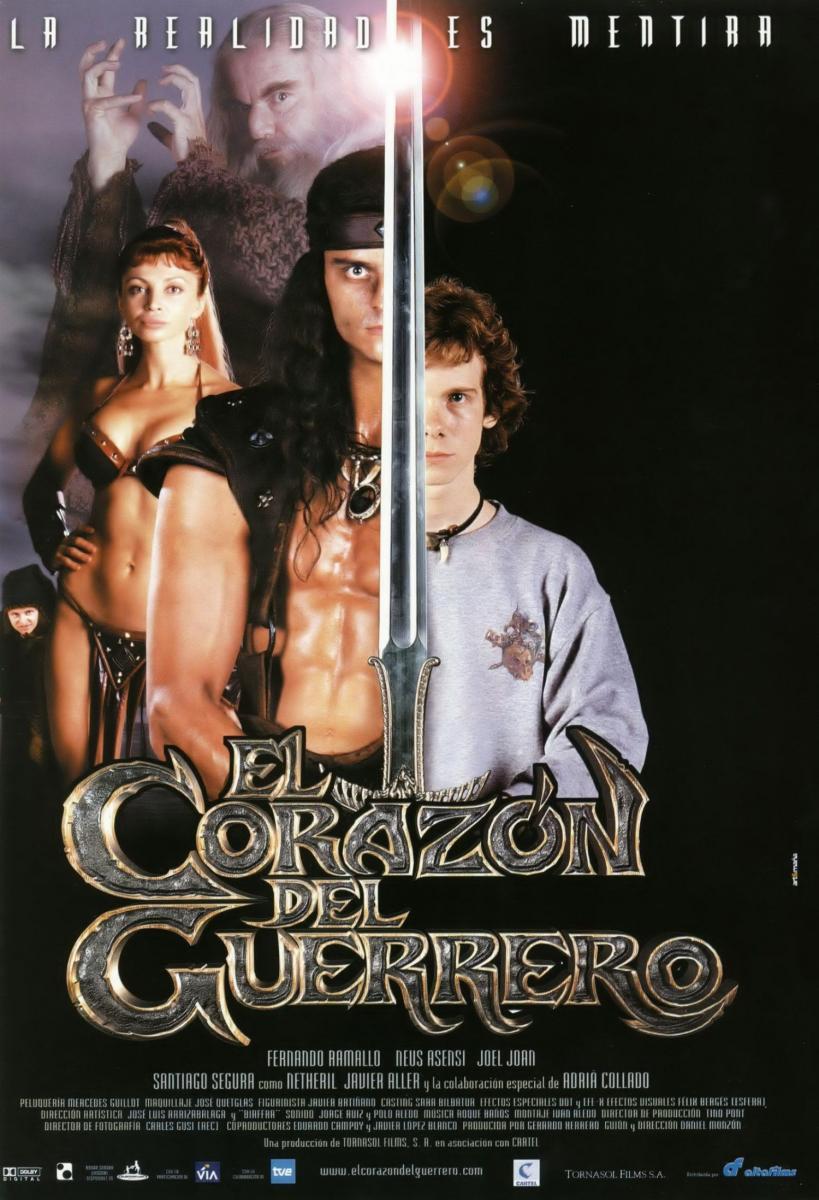 THE HEART OF THE WARRIOR

Beldar, a Spanish version of Conan the Barbarian, and the luscious Amazon Sonja are two thieves, belonging to the legendary Universe of the Sword and Witchcraft. Their biggest achievement is the theft of The Heart of the Warrior, a heart-shaped stone, from the Crypt of the Order of the Thousand Eyes. They soon realise that the stone is damned and that they have inherited its curse. When Beldar awakens from unconsciousness, he finds himself not only in another world, but also in the body of a sixteen-year-old boy. This boy, a fanatic role-playing games fan, plays the part of… the medieval warrior Beldar ! Which world is real ? Could Netheril the Wizard shed some light on this mystery ? And what does all this have to do with the ambitions of a young, right wing politician, who wants to return the country to the Middle Ages ? With The Heart Of The Warrior, director Daniel Monzon, who realised the short feature Shortcut To Paradise and acted in Santiago Segura’s Torrente : The Stupid Arm of the Law, has created a witty parallel-worlds fable that’s visually stunning and well played. This thrilling mixture of teen-movie, political thriller and fantasy film can benefit from special effects that we don’t often see on this side of the Atlantic. With Santiago Segura (El Dia de la Bestia, Dying of Laughter) as Netheril the Wizard.