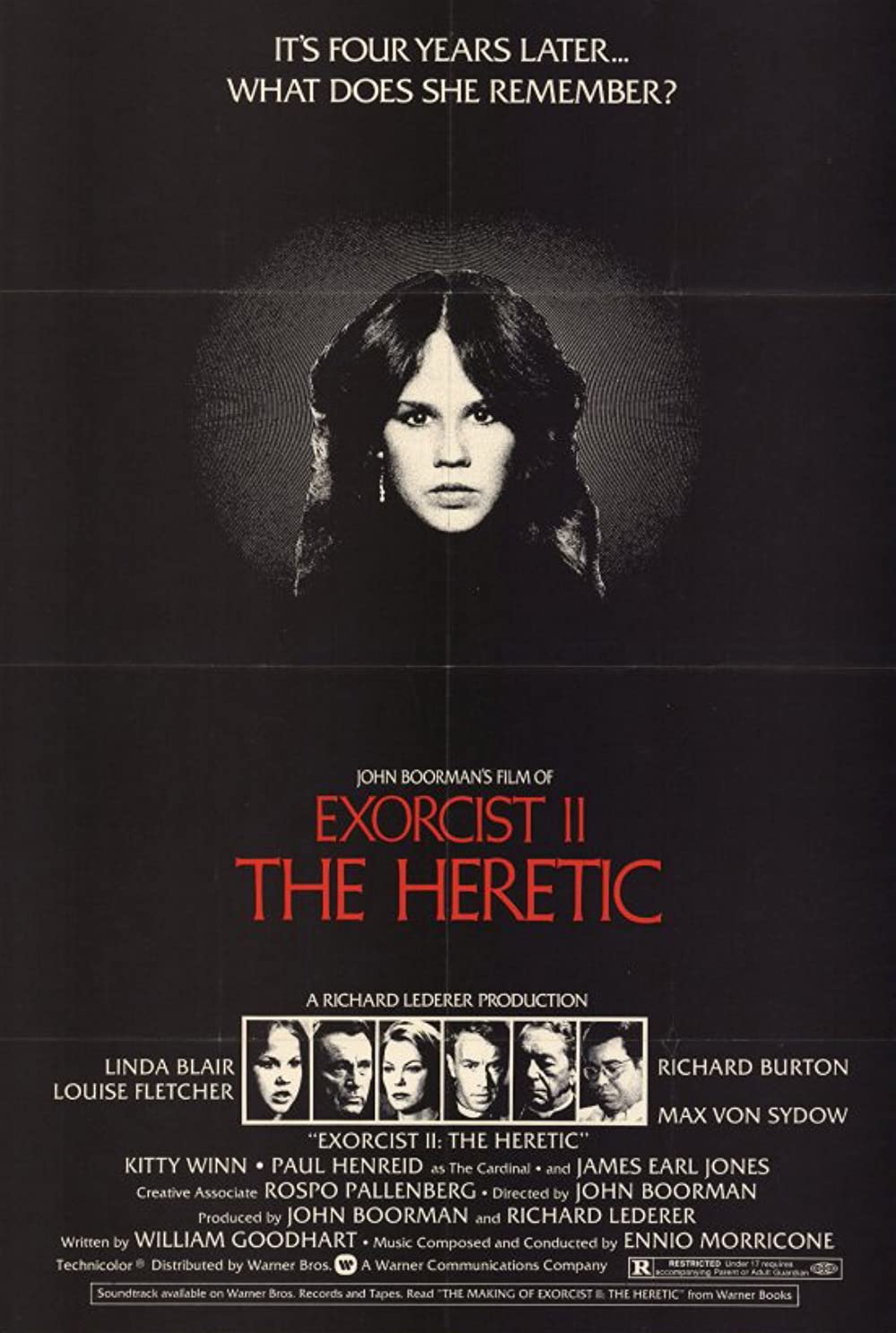 It has been four years since father Merrin tried to break little Rega’s spell, an attempt that took his life.
Father Lammont is ordered by the Vatican to research this dramatic death.
During his investigation he meets Dr Tuskin who heals thanks to a synchronizer that makes joined hypnosis possible. That way they are capable to cross the boundaries of time.
With this sequel to «The Excorcist» John Boorman, master of contemporary film, has made a remarkable metaphysical thriller.