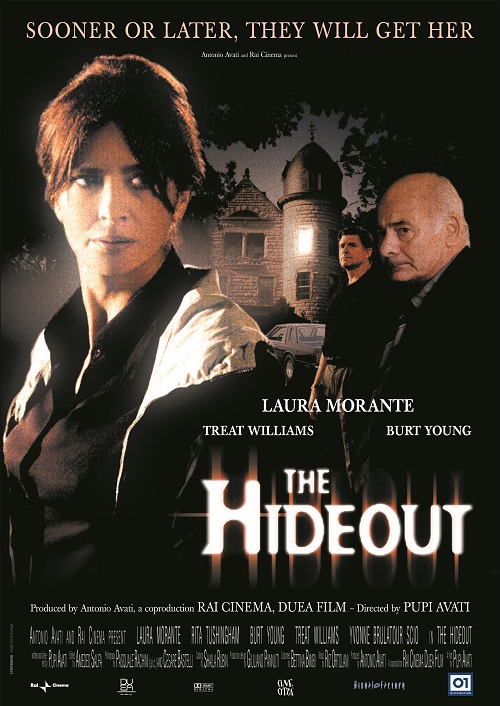 Davenport, Iowa 1957. On a dark winter night, in a home for the elderly, a horrible event takes place during a terrible snow storm. Forty years later. Lei, a beautiful woman in her forties, is released from a mental institution where she was admitted after her husband’s suicide. She suffered from severe depression, paranoia, extreme guilt and anxiety. She used to hear voices. But that was then. Now she’s about to give her life a new start in Davenport, where she wants to open an Italian restaurant. Helped by the local estate agent, she finds the perfect location; an elegant and cheaply priced house that was once a home for the elderly. Lei soon starts to hear voices and strange noises. She decides to investigate. As she slowly unveils the infamous past of the house, she makes enemies among the local community who want to prevent at all costs that the truth will come to light. Good news for Italian cinema. The old masters are making their comeback. Just as Dario Argento finishes his famous Mothers trilogy, Pupi Avati returns to the gothic horror that made him famous with films as Macobro, House of the Laughing Windows and the Arcane Enchanter. The Hideout could be described as Cold Case meets The Others and can count on, besides a soundtrack by Oscar nominee Riz Ortolani ( Cannibal Holocaust, Mondo Cane ) an international cast led by Laura Morante ( The Dancer Upstairs, Hotel, The Son’s room ) as Lei, accompanied by Treat Williams ( Once Upon A Time in America, Mullholland Falls, Deep Rising ) and Burt Young ( the coach from the Rocky saga ).