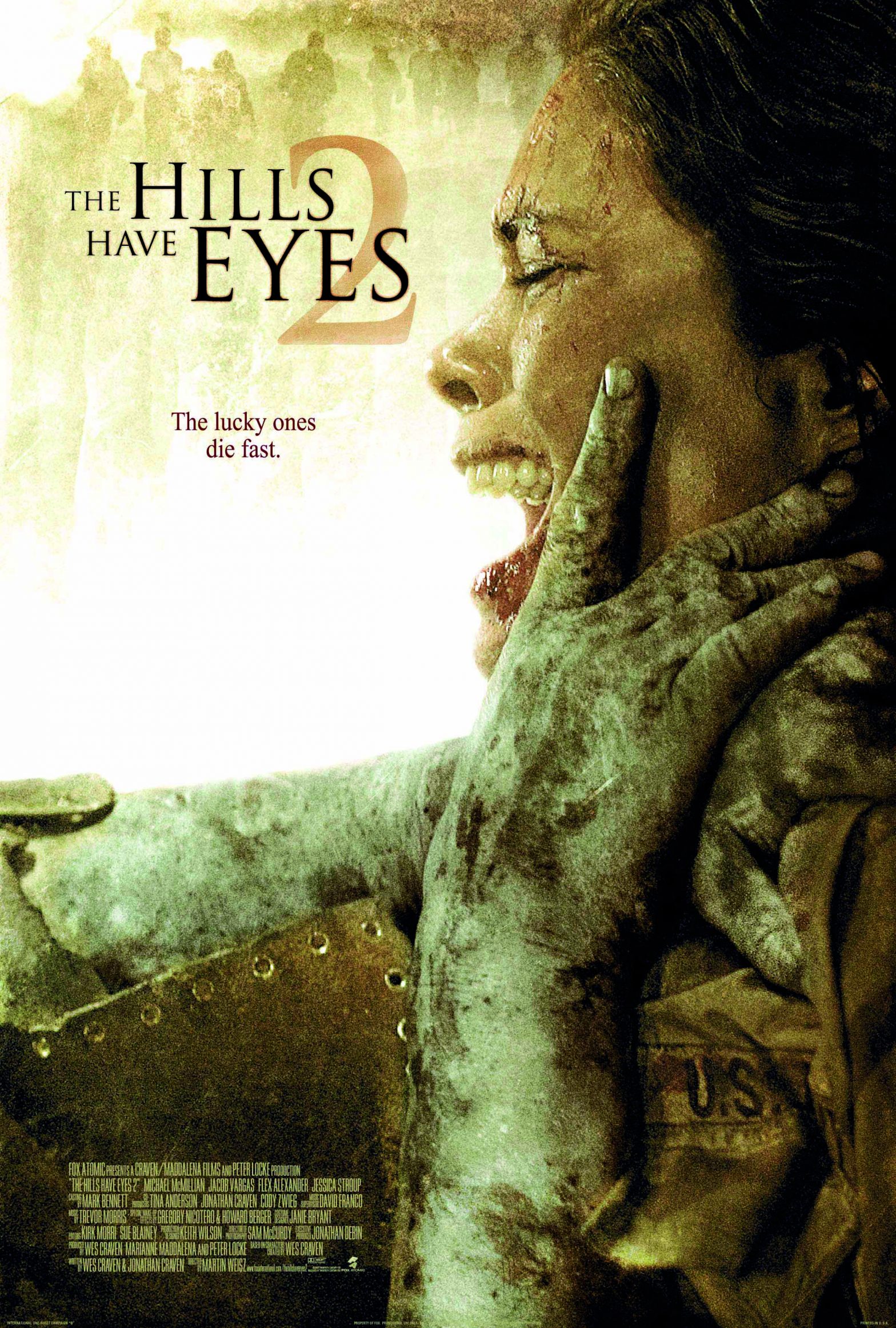 THE HILLS HAVE EYES 2

As part of a routine mission, a unit of National Guard soldiers stop at a New Mexico outpost in order to deliver equipment to a group of atomic scientists. When they arrive at the isolated research camp, however, they find it is mysteriously deserted. After spotting a distress signal in a distant mountain range, the team decide to embark on a search and rescue mission into the hills in order to locate the missing scientists. Little do they know that these are the very hills that the ill-fated Carter family once visited, and that a tribe of cannibalistic mutants lies in wait. And this time, there is an even larger force of evil at work that is intent on the soldiers’ very destruction. In the annals of modern fear, few films have had as deep an impact as Wes Craven’s 1977 cult classic The Hills Have Eyes. The landmark tale, reinterpreted in 2005 by hot filmmakers Alexandre Aja and Gregory Levasseur, delighted and terrified a new generation of fans with its blood-soaked, horrifying update. Thus, with the public demanding more, film legend Wes Craven teamed up with his son Jonathan to write the script for The Hills Have Eyes 2. The film is directed by cutting-edge filmmaker Martin Weisz, whose resent film Grimm Love has both won acclaim and stirred up controversy for its graphic depiction of modern day cannibalism. The combined talents of Wes Craven and Martin Weisz will bring you a gritty, ferocious, and relentlessly suspenseful film you will not lightly forget.