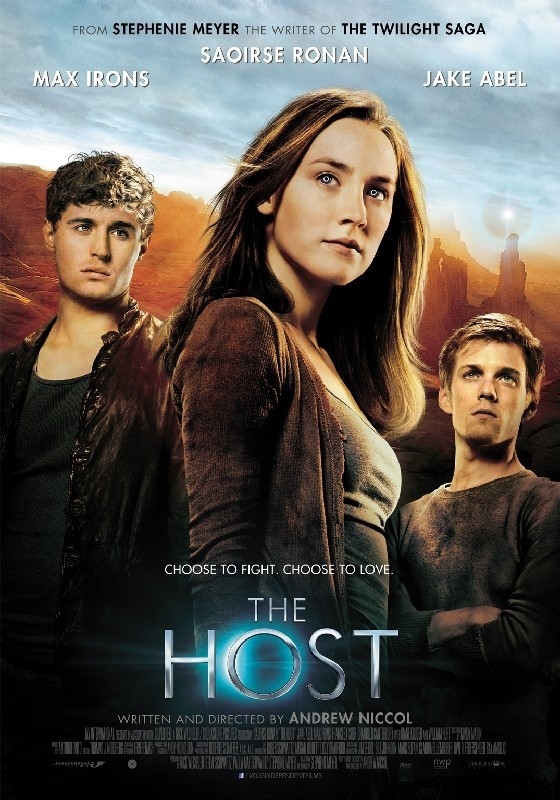 THE HOST by Andrew Niccol

Our planet has been taken over by an invisible enemy. The human body becomes a host for alien parasites that take over control of our minds but leave our bodies intact. Most of humanity has succumbed to the invasion. When Melanie, one of the few surviving “ wild ” humans, is taken prisoner, she thinks the end is near. Wanderer, the entity that takes over her mind, has been warned by his kind about the dangers of living in a human body : the overwhelming emotions, the sensations of the senses and the vivid memories. But there’s something that Wanderer hasn’t expected. The previous “ owner ” of the body, refuses to relinquish control over her mind. When an external threat forces Wanderer and Melanie to become unwilling allies, they must leave on a dangerous and uncertain search for the man they both love. Author Stephenie Meyer is known for the immense worldwide success of her Twilight vampire saga. This threatened to overshadow her science-fiction novel The Host. But that will soon change. Andrew Niccol, the director of Gattaca, Lord of War and In Time has adapted the book for the big screen. He presents us with a sweeping tale about the power of love and the resilience of the human spirit in times of war. The Host stars Saoirse Ronan ( Atonement, Byzantium ), Jake Abel ( The Lovely Bones, I Am Number 4 ), William Hurt ( Altered States, Body Heat ) and Diane Kruger ( National Treasure, Inglorious Basterds ).