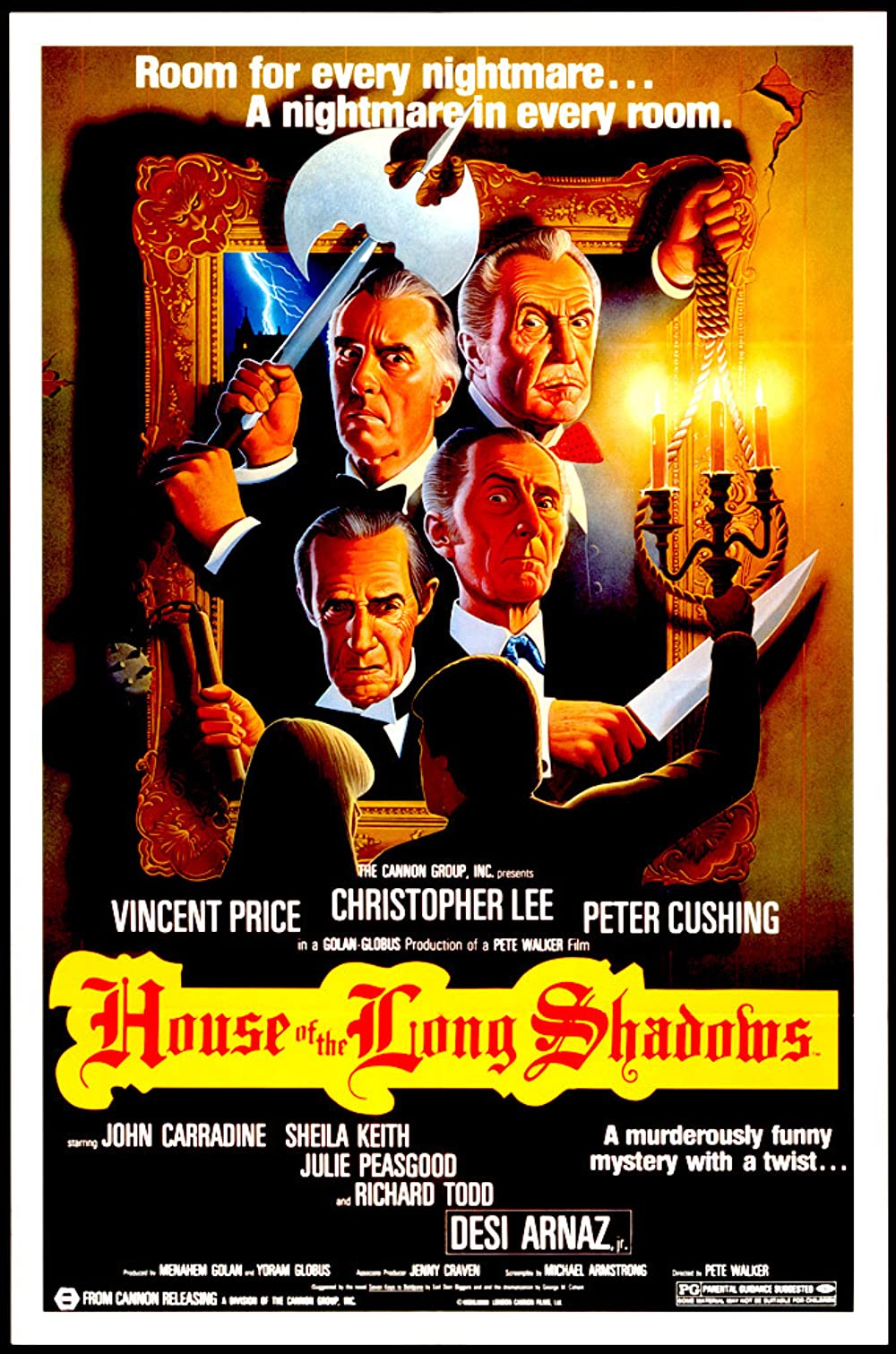 THE HOUSE OF THE LONG SHADOWS

Kenneth Magee, a young and ambitious best-selling author, bets with his editor that he can write a novel in 24 hours for the modest sum of $20,000. In order to benefit from isolating condition favorable to his inspiration, the writer retires to an ancestral home in Wales, which has been uninhabited for more than 40 years.
After settling there, the young man starts to write. Then begins a really long night where humor will fight against horror…
Using a heavy atmosphere of mystery and dark poetry, this movie deserves credits for reuniting, for the first time ever on the big screen, the 4 greatest glories of the fantasy genre.
Peter Cushing, John Carradine, Christopher Lee and Vincent Price bestow upon this production, for which they all received the Best Actor award at the Stiges Film Festival, the status of genuine cinematic event.