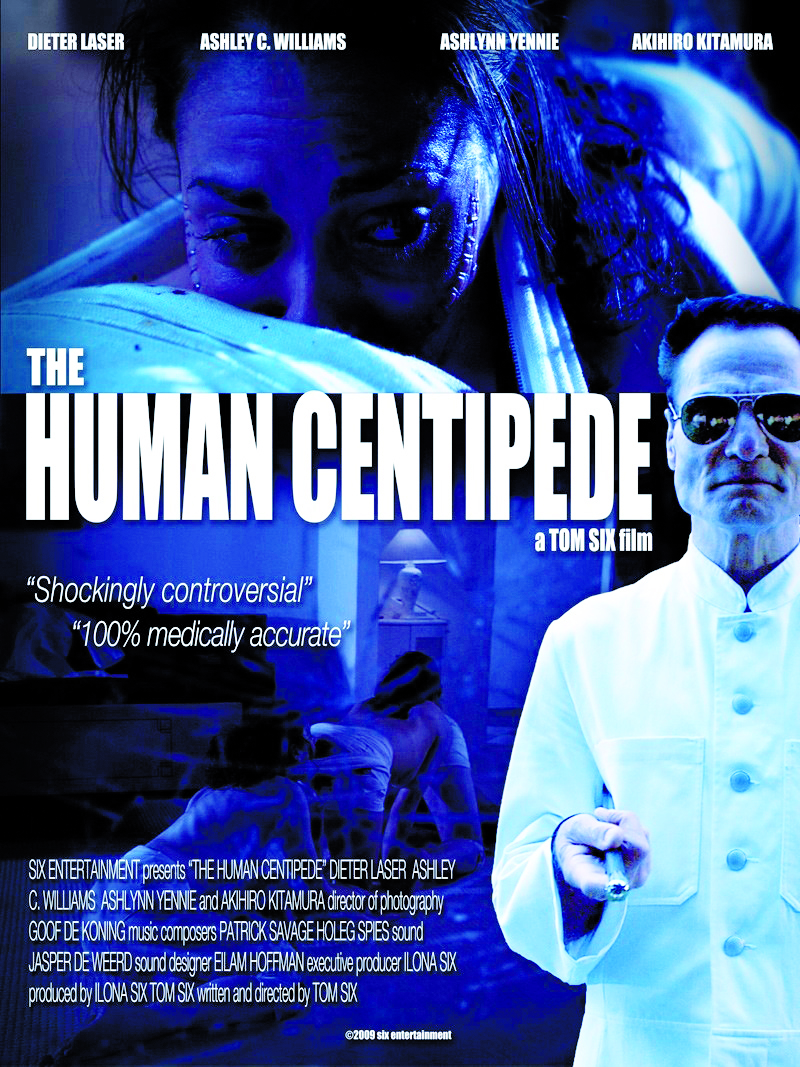 Two young ladies from the big Apple are traveling around Europe until an empty gas tank ( in the middle of the night ! ) ( in the woods moreover ! ) ( and there’s even no cell phone network !! ) drives them to an isolated villa hidden in the Teutonic forest. The morning after, they wake up tied to an operating table in a basement with another tourist who, visibly, also didn’t plan this little detour. At this point, you’re probably thinking “Ok, we’ve already seen this hundreds of times”. Well no, you morons, you haven’t ! The bad guy is actually a former surgeon specialized in the separation of Siamese twins and he dreams of trying out the reverse process. We won’t tell you more, but let’s say that they will have to play blind man’s butt with a torturer who can make a colonoscopy look like a spa session. THC is not only the psychotropic molecule found in Cannabis, it’s also the abbreviation of Dutch artist Tom Six’s new movie. This shockingly controversial co-production ( UK-Netherlands ) has already shaken up lots of festivals all around the world ( from Finland to Texas ). In The Human Centipede, Tom Six boldly goes where Cronenberg and Miike do not dare to wander. And the sequel is already on the operating table !