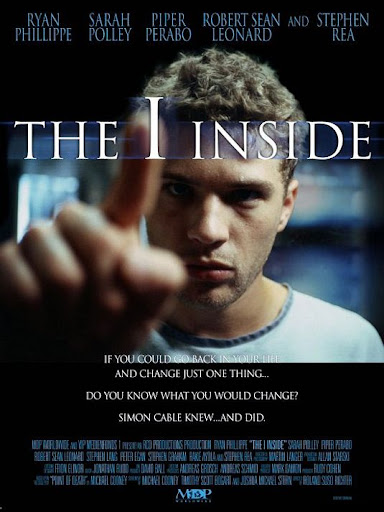 After a near death experience, Simon awakens in the hospital with amnesia and discovers it is the year 2000. He cannot recall the last two years of his life. His psychiatrist, Dr. Newman tries to help Simon in retrieving his memories. He learns he has a wife, the manipulative Anna, who claims that he murdered his brother Peter. Then he passes out, waking up to a different doctor and a different year. It’s 1998 and he doesn’t have a wife. Did he travel through time, or is it all in his mind ? Simon starts piecing together the events that led to his arrival in the hospital.

The psychological fantasy thriller The I Inside is the English-language debut of German director Roland Suso Richter (After The Truth, The Tunnel). He offers us an intriguing variation on a fascinating question : “If you could go back into time and change just one thing, what would it be ?”. Its star studded cast includes Ryan Philippe (Cruel Intentions, The Way of the Gun), Stephen Rea (The Crying Game, In Dreams), Piper Perabo (Coyote Ugly, George and the Dragon), Robert Sean Leonard (Dead Poets Society, Driven) and Sarah Polley (My Life Without Me, Dawn of the Dead). With a screenplay by Michael Cooney (I.D., Jack Frost).