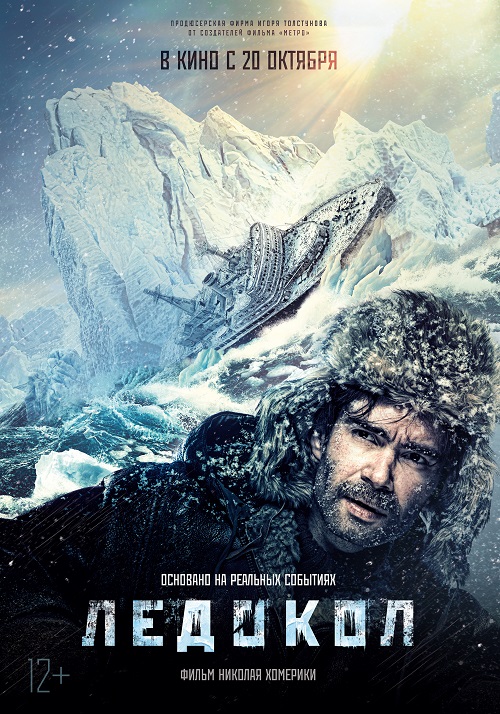 1985, the icebreaker Mikhail Somov sails in Arctic waters to bring food and gas to a Russian station. But the journey is far from easy, as the ship is heading straight for a huge iceberg of more than hundred meters high. Captain Petrov narrowly manages to escape the giant ice cube. But their sudden change of course traps the steel monster in the ice. The only ones who can launch a rescue mission are the Moscow bureaucrats, but they’re in no hurry to get the paperwork going. Help will not be coming for a while. Meanwhile, the ice gnaws more and more at the ship, food reserves are dwindling and gasoline is burned to keep the crew warm, which will cripple their capacity to get out of the ice by themselves. And the frozen Godzilla they managed to avoid is creeping closer. It’s a confrontation they won’t be able to survive. The Icebreaker is Sergey Kozlov’s newest production, after Metro, the 2013 Russian blockbuster that could compete with Hollywood’s best. And this one is even bigger and better. The Icebreaker is a (literally) chilling disaster epic inspired by a true story. It wasn’t shot in the studio, but in the savage natural landscapes of Murmansk and the Kola Peninsula. Pyotr Fyodorov plays the lead, a huge star in Russia at the level of Steven Seagal and Gérard Depardieu. This heavyweight of a movie confirms what we’ve been thinking for a while: Hollywood’s dominance is on a downward slope.