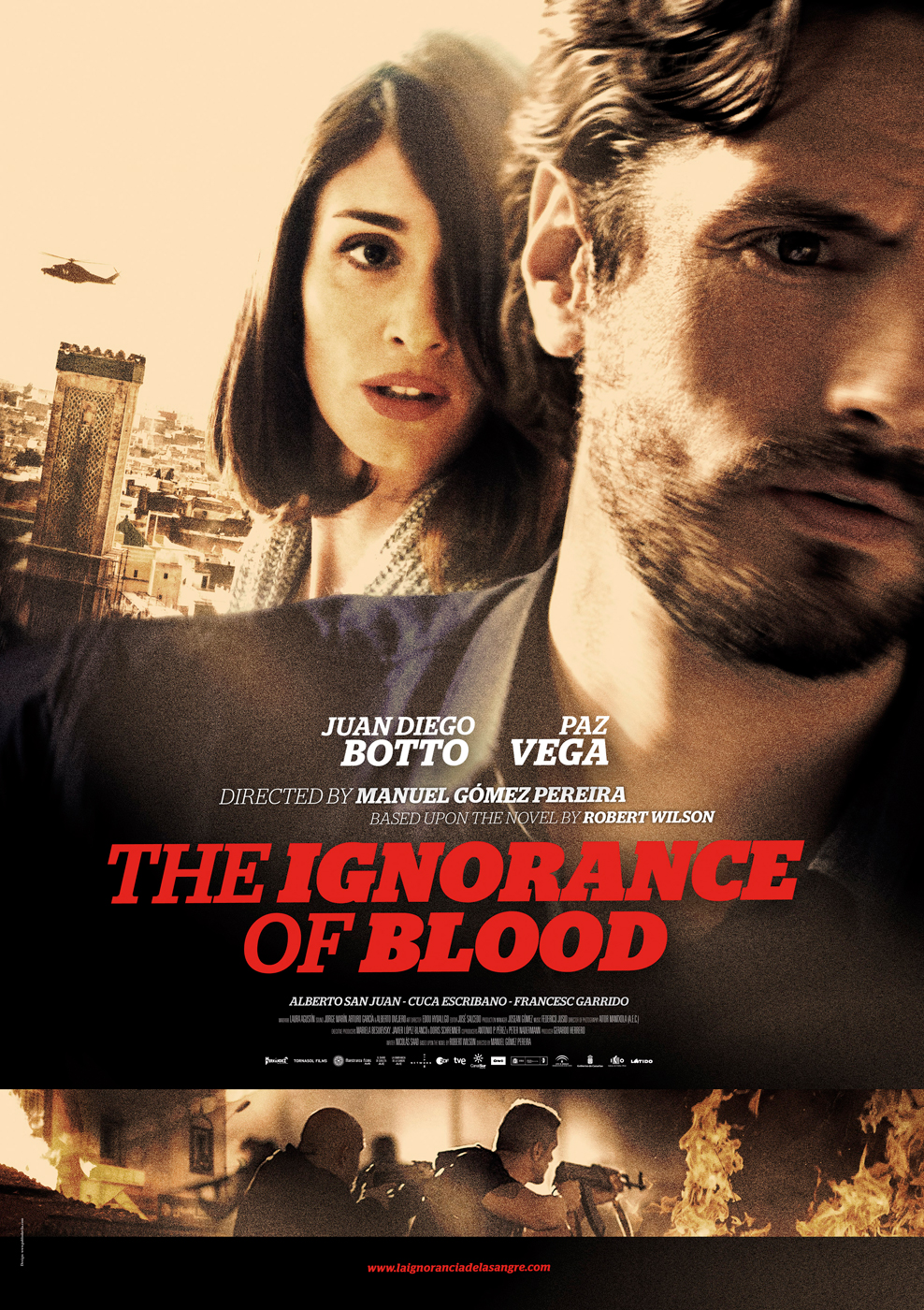 THE IGNORANCE OF BLOOD

Javier Falcón, Chief of the Sevilla Homicide Division, must solve two different cases in a short time. In the first case he is personally involved. An old friend of his infiltrated an Islamic terrorist cell and now the group is trying to recruit his young son for their cause. The same case hits even closer at home. A war is raging between two clans in the Russian Mafia. When an important mobster tries to defect, he gets killed in a car crash. On the scene, the police find an encrypted USB stick with highly explosive information. Then the son of Falcon’s girlfriend Consuelo is kidnapped. They are contacted by both Mafia clans claiming they have the kid and wanting to get their hands on the information. And both say they will kill him if Falcon doesn’t give them the stick.

The Ignorance of Blood is the adaptation of the final novel of Robert Wilson’s popular Javier Falcon series by award winning director Manuel Gomez Pereira (Love Can Seriously Damage Your Health, Between Your Legs). The movie was shot in Sevilla, the Canary Islands, Morocco and Madrid, starring Juan Diego Botto (Zorro, El Greco) as Inspector Falcon and Paz Vega (Talk To Her, Sex and Lucia) as Consuelo. The Ignorance of Blood skillfully weaves all its intricate plot strands together in a tense, gripping and exciting thriller.