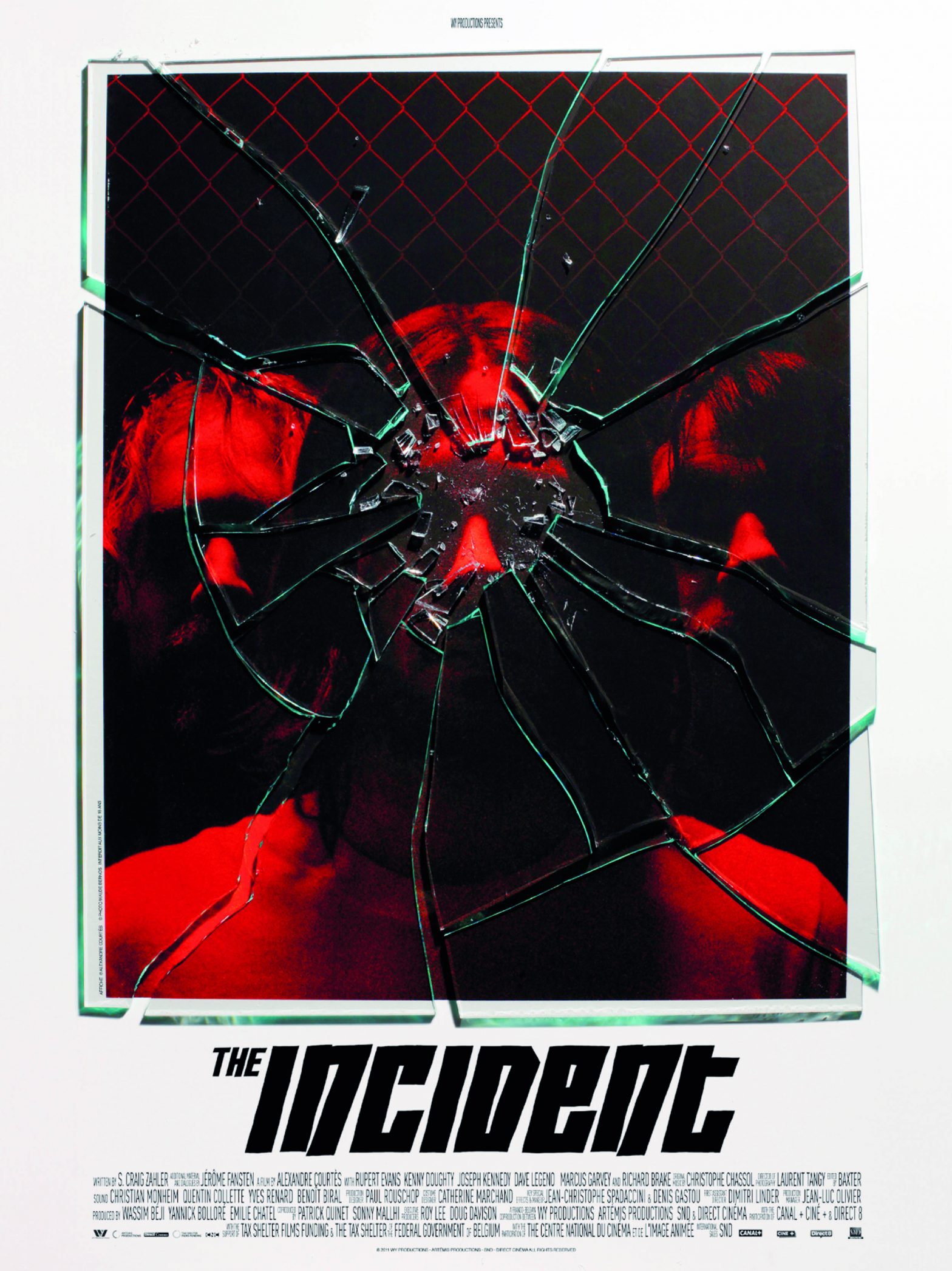 Washington, 1989. George, Max and Ricky are musicians in a rock band, hoping for the big breakthrough. As their guitar riffs are not going to pay the rent, they are forced to take on an additional job as cooks in the kitchen of a high-security psychiatric asylum. It doesn’t matter that the place looks like a Nazi bunker in the middle of nowhere. As long as the pay is good and the risks are low. Employees don’t have any physical contact with the inmates. However, they’ll soon find out that there’s no such thing as a zero risk job. When a storm knocks out the entire power grid, all those nifty safety devices are as effective as a taser without the juice. The lunatics quickly take over the asylum and George, Max and Ricky have no other choice but to play a deadly game of hide and seek till help arrives. If it will ever arrive at all… The Incident, directed by Alexandre Courtes ( responsible for videoclips of The White Stripes, U2 and Jamiroquai ), takes the prison riot movie to a whole new and intensly scary level. Its première caused quite a fuss when two members of the audience fainted during its screening at the Torronto International Film Festival and had to be escorted out by medics. It’s an esthetically impeccable horror shocker, edited by Baxter ( The Hills have Eyes, Piranha, High Tension ) and a Belgian coproduction. If you want to know what it feels like to be locked in with a bunch of dangerous psychopaths in an asylum without a way out and in the middle of a violent thunder storm to top it off, then The Incident might be your mentally deranged cup of tea !