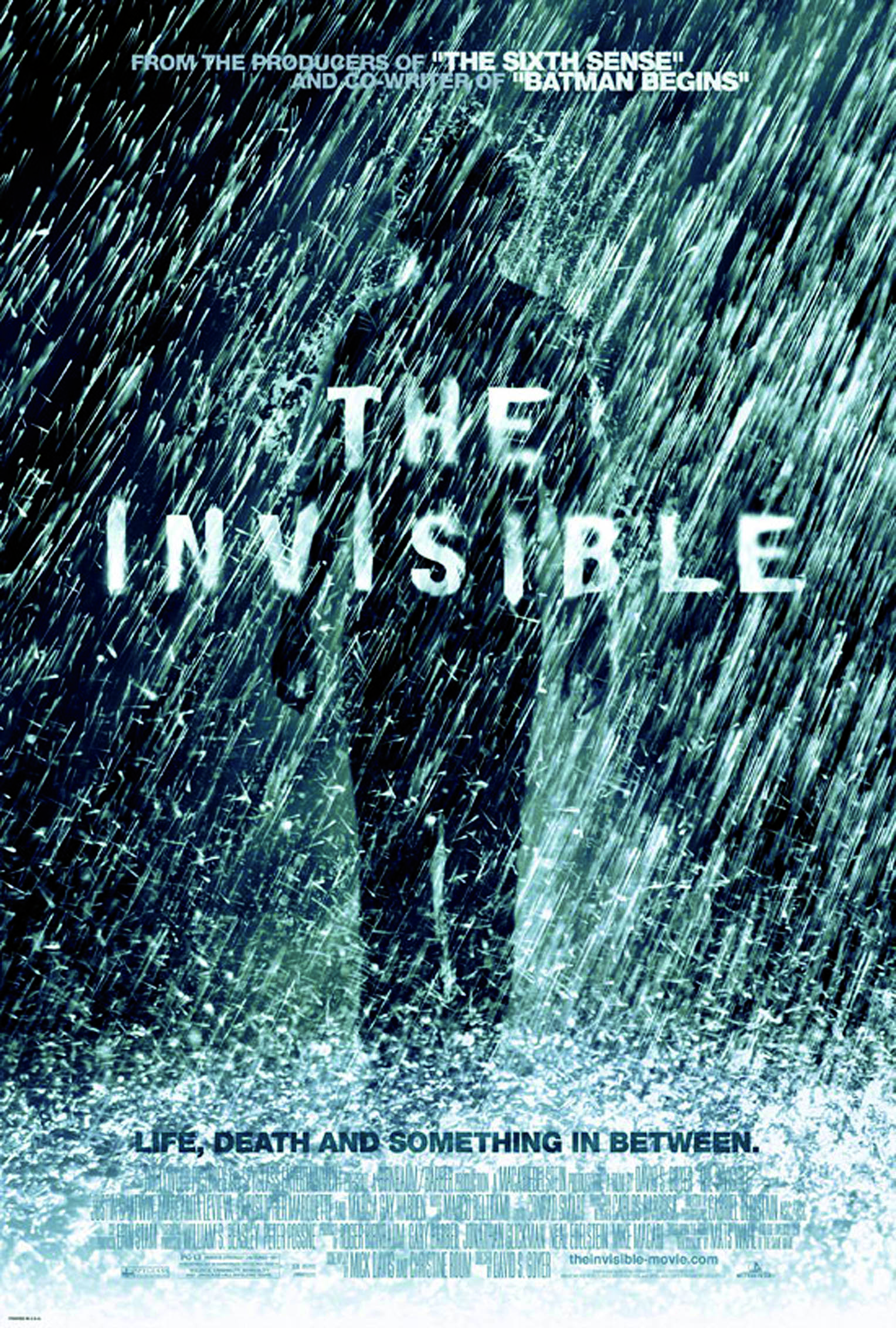 THE INVISIBLE by David S. Goyer

High school student Nick Powell is assaulted and left for dead after a tragic case of mistaken identity. However, he fails to “cross over” to the afterlife but instead remains in limbo between life and death, thus becoming literally invisible. As an invisible being, he watches helplessly as his mother and the police search for his attacker, unaware that he is merely hours away from perishing completely. But how do you solve a murder when you’re the victim ? Nick’s only chance is to find his attacker, Annie, before his body expires. But the troubled teen, neglected after the death of her mother, is on the run from the law. The Invisible is the American remake of the Swedish film of the same name by Joël Bergvall and Simon Sandquist ( which we presented at the Bifff in 2003 ). Produced by the team behind The Sixth Sense and directed by genre-specialist writer-director David S. Goyer, the movie remains true to the adolescent pessimism and morbid poetry of the original. Goyer infuses The Invisible with the same qualities that are the trademarks of his screenplays : using the fantastic genre to deepen the psychology of its hero, a strong performance by Justin Chatwin ( Taking Lives, War of the Worlds ) and focusing more on emotion than on effects. If only all remakes were like this.