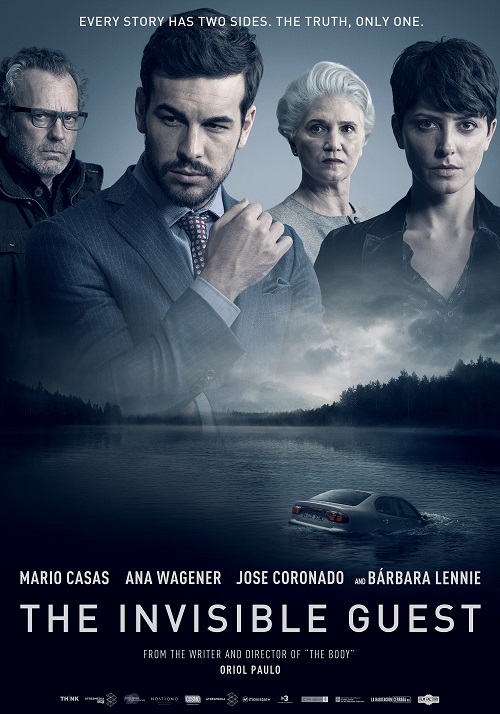 Lawyer Virginia Goodman, a true legend among her peers, would like to finish his career with a bang. The case is so impossible that even Ethan Hunt himself would prefer to take the day off than to get involved in this. We’re talking about Adrian Dora, a reputed businessman accused of murdering his mistress. He was caught in a locked hotel room, of which he had the only key, with the still fresh corpse of the woman. Now that a new witness for the prosecution has come forward, Virginia has only one night to interrogate her client and find the truth in all the alternative facts. Because Adrian and Virginia will play a real game of cat and mouse, where foul plays and false pretenses will flavor the liters of caffeine that they will drink all night long.

Oriol Paulo is one of the most talented Spanish screenwriters, with credits such as Julia’s Eyes (BIFFF 2011) and The Body. He has now crafted a mystery that would even delight Hitchcock. The intrigue owes much to Paulo’s great script, but also to the performances by Ana Wagener (Biutiful, Kidnapped), Mario Casas (Witching and Bitching, My Big Night, El Bar) and Barbara Lennie (El Nino, La Piel que Habito).