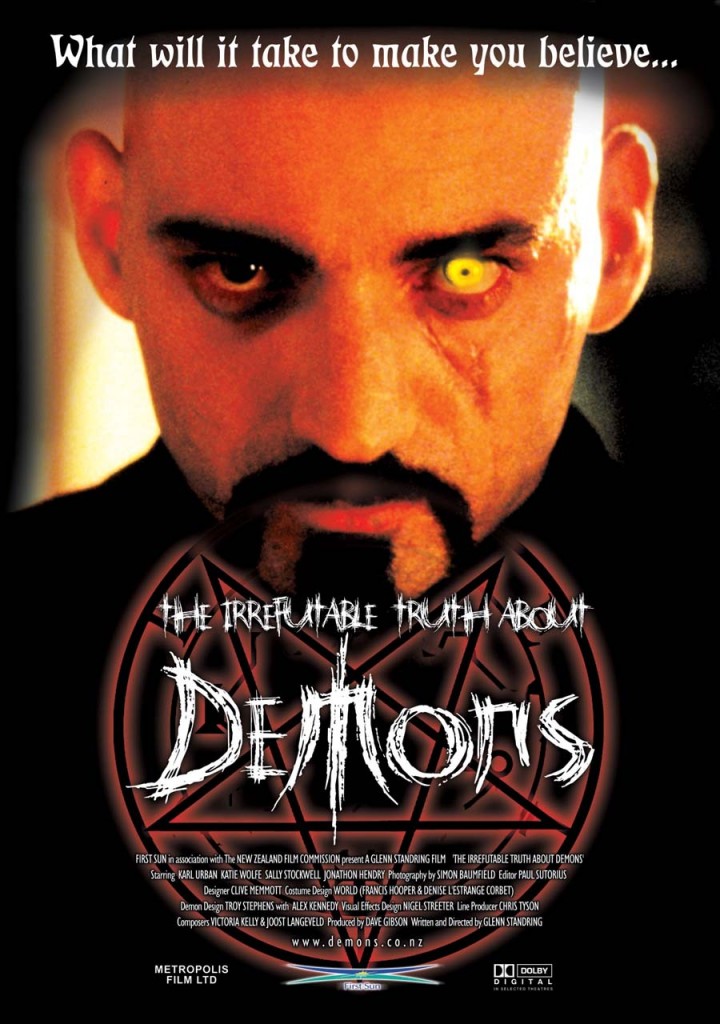 THE IRREFUTABLE TRUTH ABOUT DEMONS

Anthropologist Dr. Harry Ballard is a professional sceptic bent on exposing fringe religious cults. After crossing the wrong people, Harry is abducted and tortured by the minions of the mysterious cult leader Le Valliant. He barely escapes with his life. The police blame the incident on drug-induced hallucinations. But when he discovers his girlfriend strung up by barbed wire, Harry is forced to re-examine his beliefs. Now a suspect in the murder and the target of the malevolent cultists, Harry’s rational views crumble as his sanity begins to unravel. He soon finds himself under the protection of an unbalanced angel, Benny, a former member of Le Valliant’s sect and a borderline schizophrenic. Sleepwalkers in this nightmare world, they feel their way through inky city streets and alleys, always under the shadow of an unspeakable entity. As his reality-based theories collapse and the world of reason melts around him, Harry must learn to master a new truth. The bloodline of New Zealand horror films pulsates in first-time director Glenn Standring’s The Irrefutable Truth About Demons. It’s a dark cautionary tale for those too caught up in the wonders of a new millennium, where the gods of science and technology rule all. Standring creates a maze-like world of perpetual midnight where forces reaching beyond myth and lore lurk unseen around every corner. Karl Urban, the guardian angel bouncer in Scott Reynold’s Heaven, is powerful as Harry, a fallen knight roaming through a world where daybreak seems only a tarnished dream.