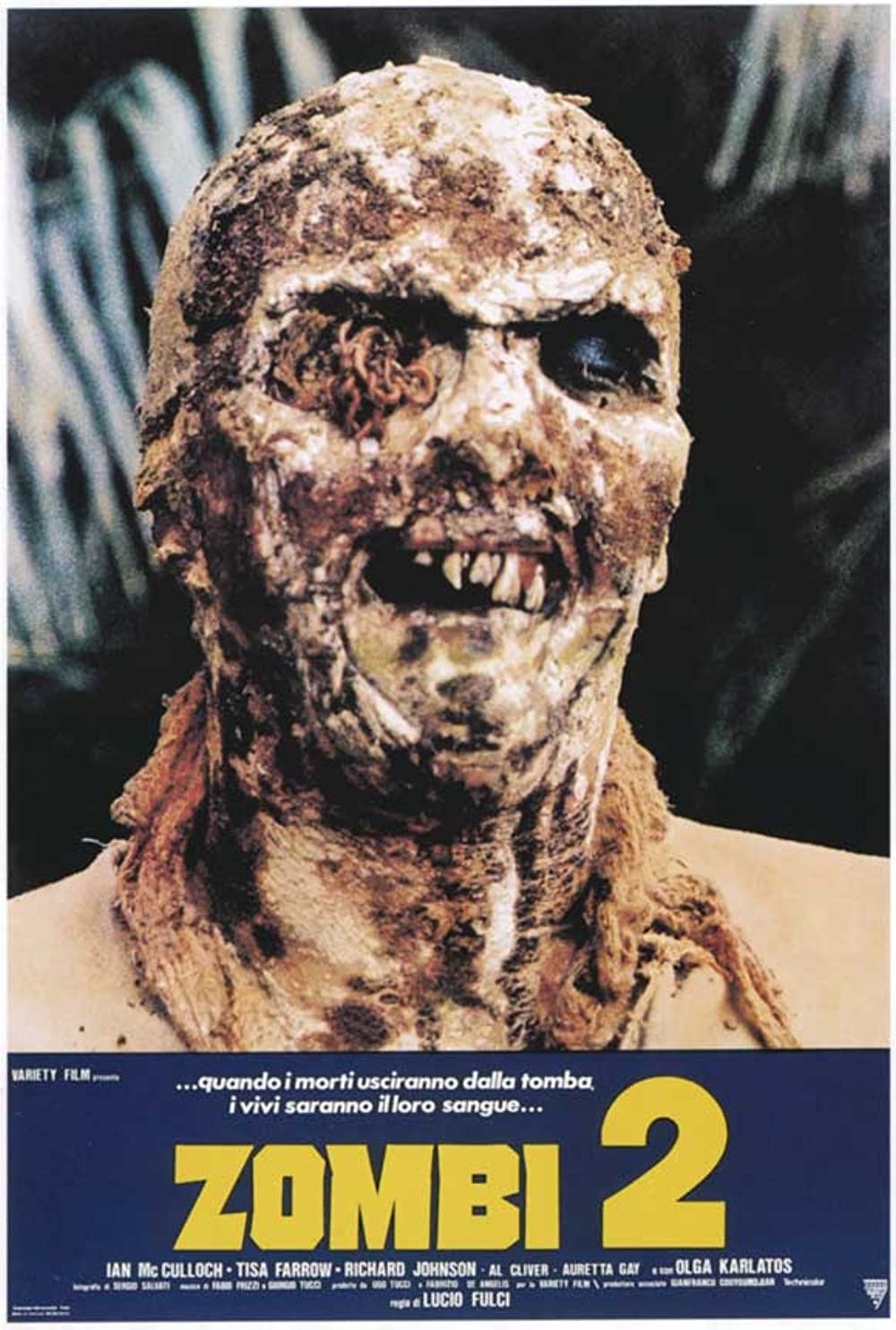 THE ISLAND OF THE LIVING DEAD

In the port of New York a boat anchors. The ship, which looks deserted at first sight, is being guided by two police officers of the port authority police. On board, a corpse. Suddenly a hand grabs one of the officers by the throat and strangles him in front of his colleague. Shortly after, the living corpse jumps overboard where he vanishes in the current.
Zombie 2 strings a series of hallucinating scenes together that lead to an apocalyptic ending, a real lesson in morbid lyricism.