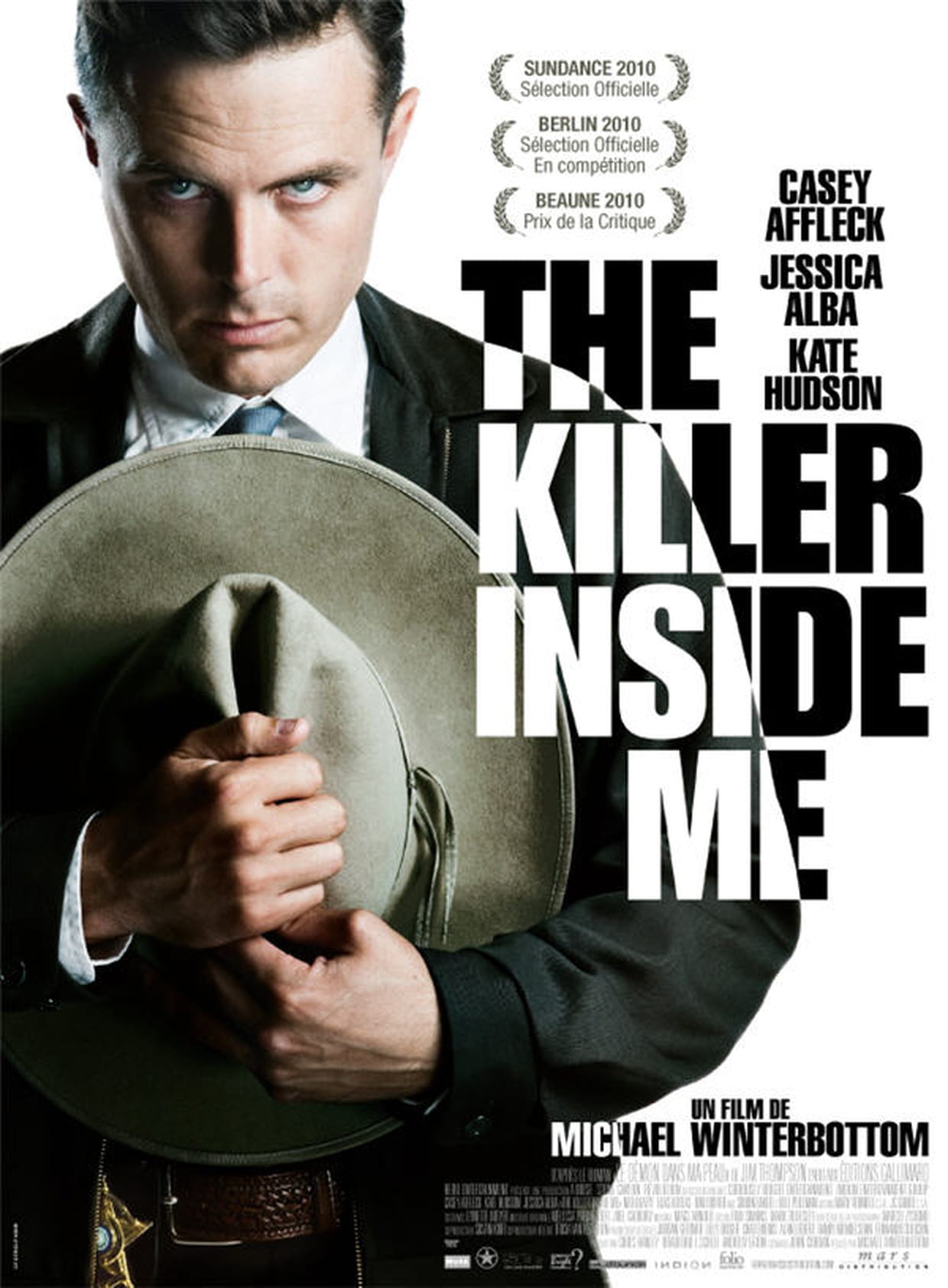 THE KILLER INSIDE ME

A small town in Texas, 1957. Assistant-deputy Lou Ford is ordered to chase Joyce, a prostitute, out of town because she’s having an affair with the son of the richest man in town. In stead, Lou falls for her charms and the two start having wild, passionate encounters in secret. After a while, Lou wants to get rid of her. He comes up with a plan to kill Joyce and blame it on the rich man’s kid. It will look like the two killed each other in a lover’s quarrel. But things start to go wrong when Joyce survives the ordeal. Lou comes under enormous stress. When his exploits also attract the attention of the justice department, his actions become more and more violent and extreme, as he desperately tries to cover up his tracks. Michael Winterbottom, he who shoots faster than his shadow and who easily switches from one genre to another ( 24 Hour Party People, Code 46, In This World ), surprises us with this uppercut of a movie. You can call it a neo-noir western, a horror drama or a bone chilling thriller, the fact remains that no one will remain indifferent while watching The Killer Inside. Winterbottom’s adaptation of the novel by Jim Thompson ( The Postman Always Rings Twice ) caused quite a stir at the international première in Berlin because of the explicit violence
inflicted on the female protagonists. The Killer Inside Me is an impressive trip through the mind of a schizophrenic maniac and can count on an equally impressive cast : Casey Affleck ( Gone Baby Gone ), Jessica Alba ( Sin City ), Kate Hudson ( Nine ), Bill Pullman ( Lost Highway ) and Elias Koteas ( The Thin Red Line ).