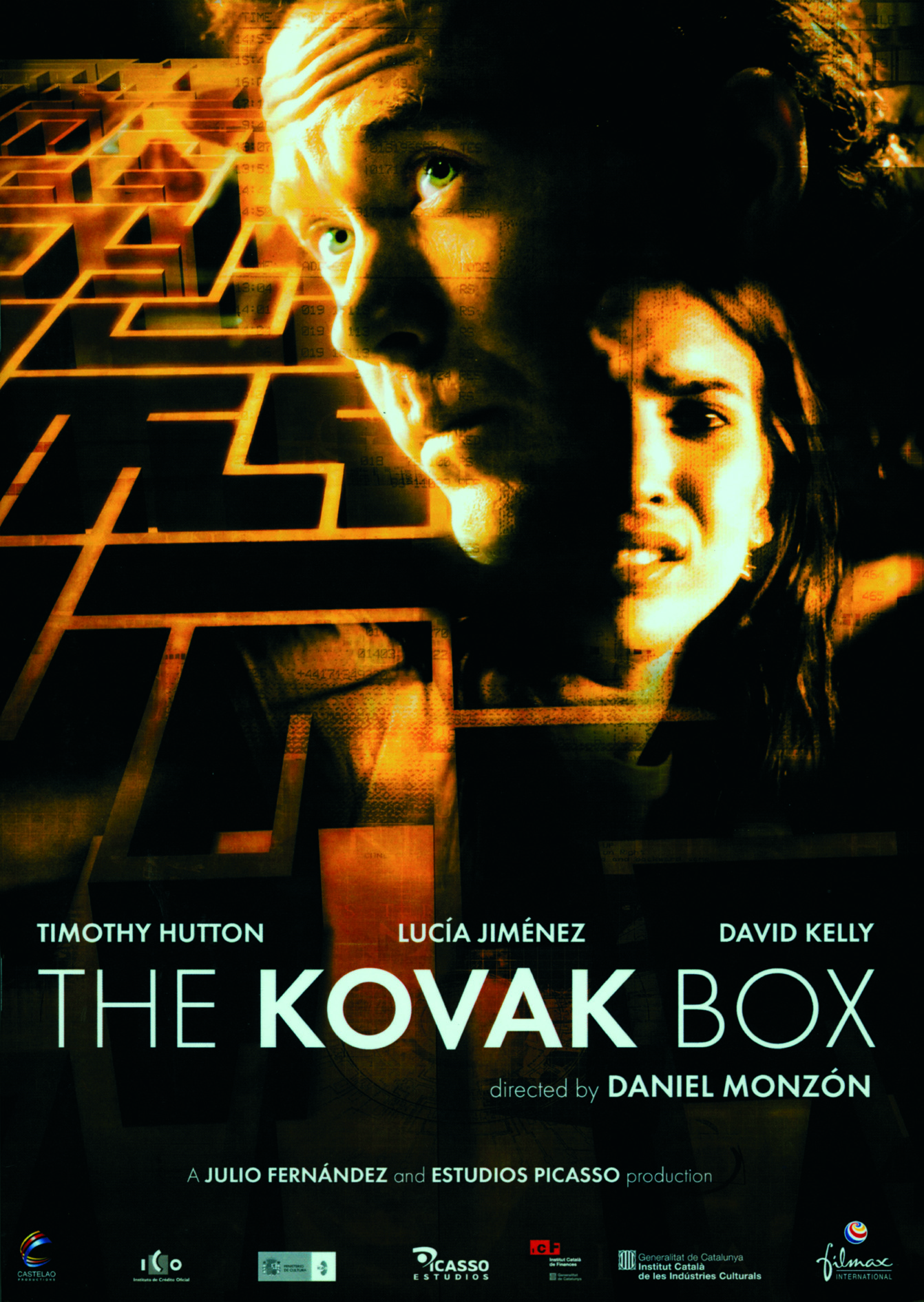 David Norton is used to being in control. As a best-selling sci-fi author, he decides the fate of his characters, their lives and deaths. But what happens when his fictional world becomes all too real ? David arrives in Mallorca for a conference. Everything seems to be going well until his fiancée suddenly jumps to her death from the hotel balcony. As David desperately searches for a reason to her sudden demise, people start inexplicably committing suicide all around him. He meets Silvia who has survived her own suicide attempt, and together they are plunged into a nightmarish game that could spell disaster for the whole of mankind. To prevent this, David must now do what nobody else has done. He must somehow find a way to escape from the Kovak Box. The Kovak Box is a disturbing mystery thriller directed by Daniel Monzón ( Heart of the Warrior ) and co-written by regular Alex De La Iglesia screenwriter Jorge Guerricaechevarría ( Day of the Beast, Ferpect Crime, Perdita Durango ). This dark and sinister tale, uncomfortably close to reality, stars award winning actor Timothy Hutton ( The Dark Half, Secret Window, The Good Shepherd ) as David Norton, who becomes the reluctant hero of one of his own stories. The cast is further enhanced by veteran actor David Kelly ( Mean Machine, Waking Ned Devine, Charlie and the Chocolate Factory ), who gives a superbly creepy performance as the bad guy and Lucia Jimenez ( The Art of Dying, The 2 Sides of the Bed ) as Silvia.