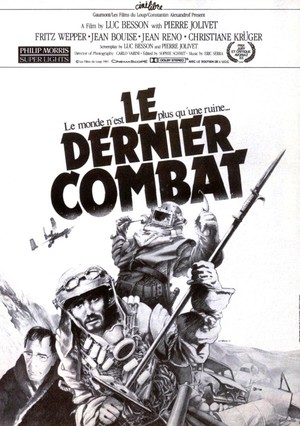 The world lies in ruin. Everything is destroyed or nearly destroyed. The wind and the storm torment the fragments of life that are left. A loner survives on the last floor of a high rise that’s almost consumed by sand. There, patiently and seated at a gigantic desk he prepares his departure. Behind the horizon, a group of survivors live in the wreckage of cars. They organized their petty existence under the leadership of a bloodthirsty chieftain. In a destroyed Paris, a traumatized doctor has withdrawn himself to the demolished quarters of an old hospital. There, he defends himself with vigor against the aggression of a colossus who wants to break in. These survivors will meet each other and fight each other to the death with only one goal: survival!