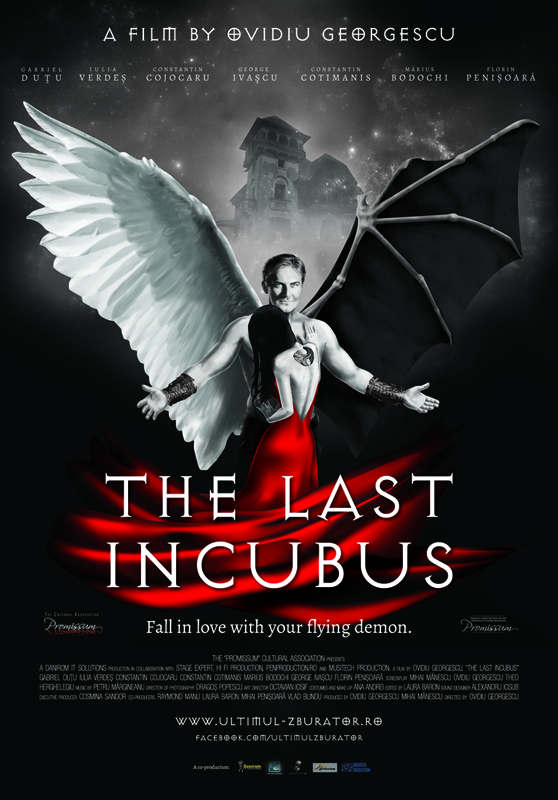 In Romanian mythology, the Incubus is a handsome demon who bewilders the minds and feelings of young girls, making them yearn for love. He is also considered an erotic semi-divine being, symbolising all forms of sexuality to women who are craving sexual pleasure. But nowadays men and women live in a disenchanted world where they don’t believe in stories and Incubi anymore. The last Incubus, Zanoni, has taken shelter in an old mansion and has taken the form of a mysterious character who takes girls on nocturnal motorcycle rides, offering them wonderful moments of sexual pleasure. One night, Zanoni arrives at the debut concert of Eliza, a beautiful 23 year old singer. Zanoni and Eliza will fall in love. She’ll be taken on an journey into the world of the Incubi. Eliza will learn how to face her fears and, most important, will find out the truth about her past. Just like Miss Christina, our other Romanian film at the BIFFF, The Last Incubus is inspired by the fantasy novels of Mircea Eliade. It’s the first part of a trilogy that is described by director Ovidiu Georgescu as magic realism. And that is something we know a thing or two about here in the Low Countries. Starring Gabriel Dutu, who looks like a young Jurgen Prochnow, as Zanoni and the ravishing Iulia Verdes as Eliza.