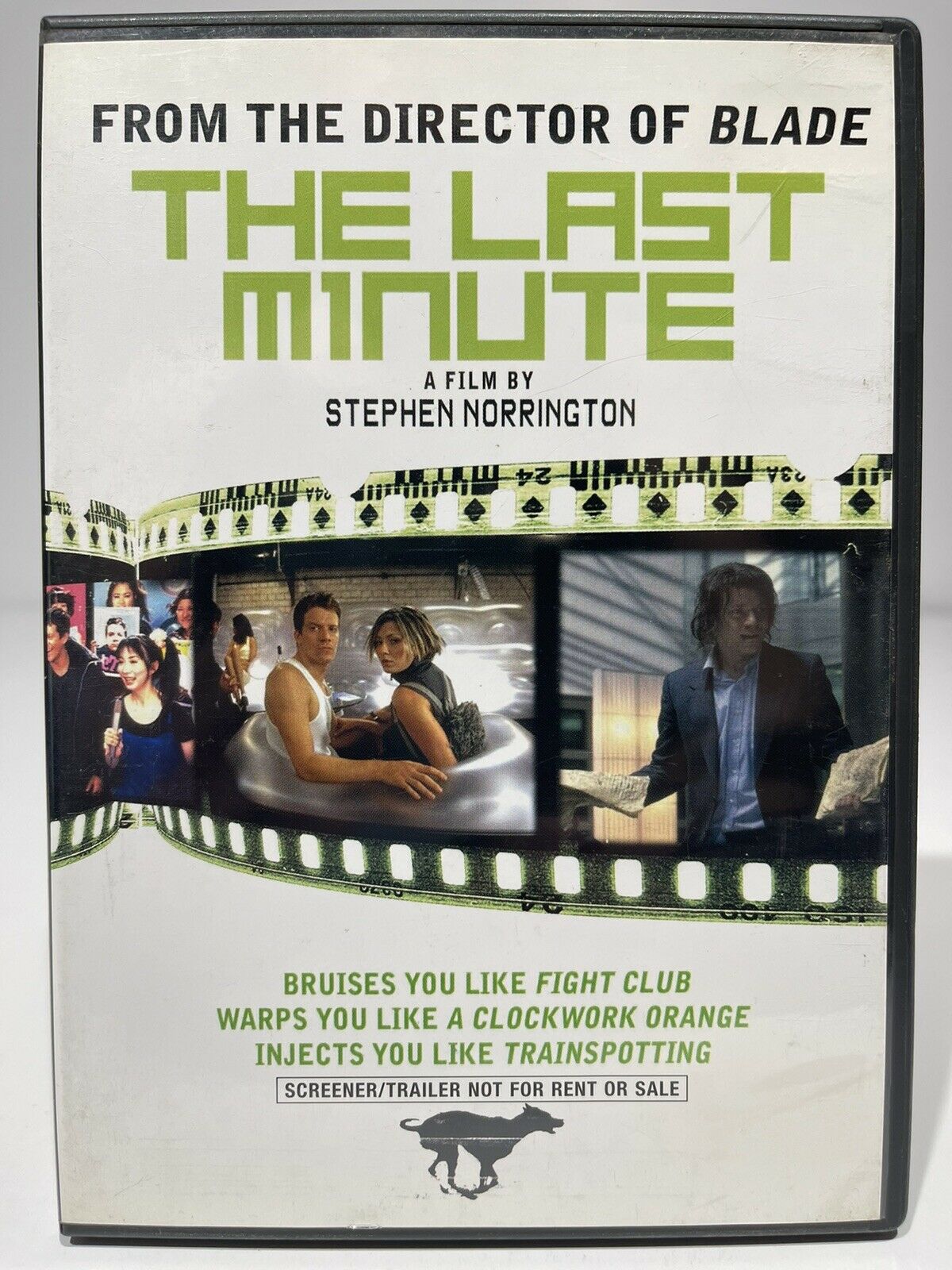 Billy Byrne is on the brink of “making it big”. He’s young, cool and talented, he’s the talk of the town, the next big thing. That’s what the London glitterazi are saying, on the streets, in the clubs, in the business. His agent, his best mate and his girlfriend all know it. Come Monday, Billy will be up there with the big boys. But the hip squad turns out to be wrong. Monday brings disaster. Billy’s anticipated triumphant debut flops. His world falls apart. His self-esteem splinters. As Billy desperately tries to rationalise his failure, the abyss of obscurity looms before him. Suddenly, he’s on a roller coaster ride into the London underworld, a dangerous land of murderers, thieves and talent agents. The Last Minute is a darkly comic tale of fame, delusion and the high price of failure, written and directed by Stephen Norrington (Death Machine, Blade). The film features a cutting-edge soundtrack boasting Leftfield and Aphex Twin, surprising special effects by Neil Gorton and Steve Painter (From Hell, Judge Dredd) and wide screen cinemascope photography by James Welland (Divorcing Jack, Beautiful Creatures). Max Beesley (All That Glitters, Kill Me Later) leads a cast of hot young British talent including Jason Isaacs (Armageddon, Black Hawk Down), Kate Ashfield (Late Night Shopping) and Stephen Graham (Snatch). Cult star Udo Kier (Blade, Shadow of the Vampire, Possessed) pops in for a memorable cameo as does British art critic Brian Sewell.