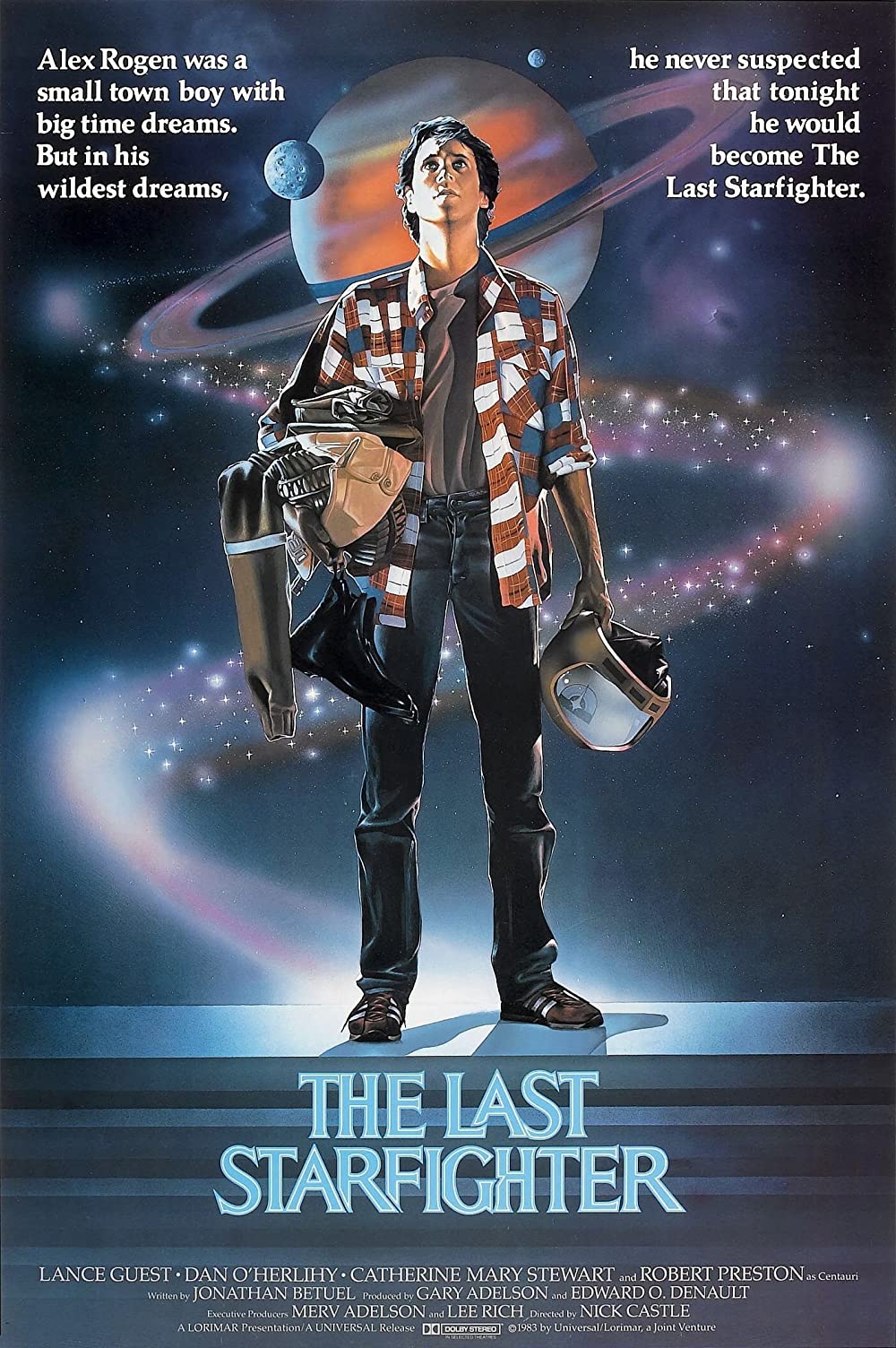 Alex Rogan is keen on videogames. His life on the countryside is dull; his only comfort is his seemingly pretty girlfriend and his videogame Starfighter. One night he breaks the record and then something he could never dream of happens: a few aliens seem to have dropped the videogame onto our vale of tears to test the fighting skills of young mortals. The friendly Alien Robert Preston is bringing him to a far corner of the universe. There he will be a part of the imperial fleet to shoot the disgusting creatures that threaten his highness to eternal hunting grounds.
Starfighter is a film that vibrates with energy. Action and humour are combined in a fantastic way. Nick Castle, who took his first steps into the film world as a screenwriter for John Carpenter (Escape from New York) and made a debut as director with TAG (1982) makes a spectacle out of Starfighter, where the sparks splash of the screen.