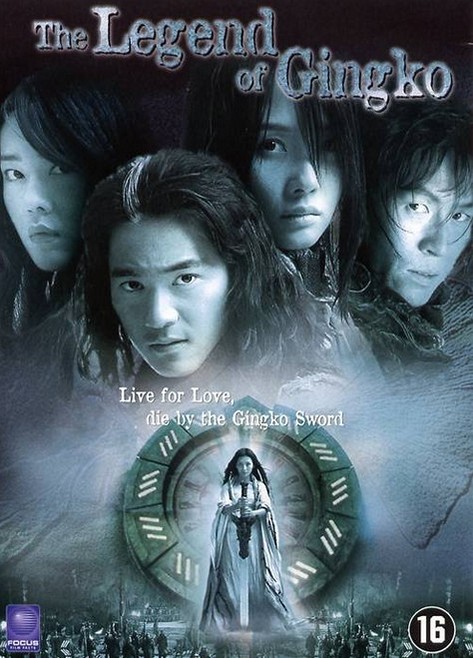 THE LEGEND OF GINKO

A long time ago, in a mythical past, two tribes have been fighting a long and bitter war. One day, Han, a warrior of the Volcano Tribe, falls in love with Soo, the matriarch of the Hawk tribe. Out of their union is born a daughter, Bi. To Soo, she represents the only hope of the Hawk tribe to save themselves from the curse of the Mountain God. The blood sacrifice of her daughter on a lunar eclipse will consecrate the Sacred Sword. With this weapon, Soo could dominate the whole world. When Han discovers the truth, he returns with Bi to the Volcano tribe. There she becomes close friends with Dan and Juk, warriors of the same age, and also with Yun, a girl of royal descent. Juk, the tribe’s best warrior, is destined to marry Yun. Dan, unaware of Bi’s tragic destiny, falls in love with her. At the approach of a lunar eclipse, the Mountain God senses that his existence is being threatened and calls for Bi. At the same time, the Volcano village becomes a blood-stained chaos. To put an end to the tribe’s suffering, Bi decides to answer the call. From producer Je-Gyu Kang, director of 1995’s The Gingko Bed and 1999 Korean blockbuster Shiri and debut director Je-Hyun Park comes The Legend of Gingko. This prequel to The Gingko Bed (presented at the 97’ Festival) is an epic of fantasy and melodrama, revolving around the love-lives of four people whose destinies are forged by one woman’s ambition and hatred. The combination of a dramatic narrative with stunning special effects results in a sci-fi romance film with a distinctive visual impact and strong collective performances of a dedicated cast.