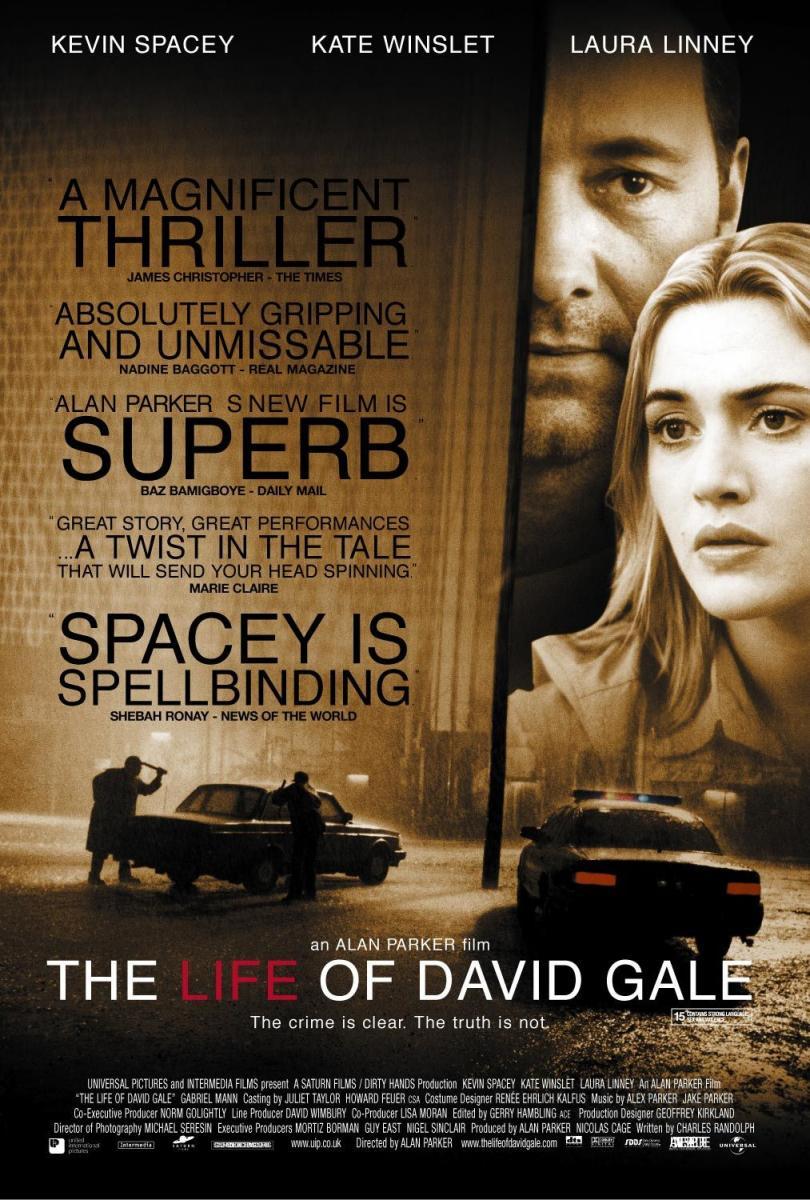 THE LIFE OF DAVID GALE

David Gale is a man who has tried hard to live by his principles, but in a bizarre twist of fate, this devoted father, popular professor and respected death penalty opponent finds himself on death row for the rape and murder of fellow activist Constance Harraway. With only three days before his scheduled execution, Gale agrees to give reporter Elizabeth Bloom the exclusive interview she’s been chasing. She soon realises that this assignment is more than she bargained for and that a man’s life is in her hands. Putting her own safety into jeopardy, she frantically races to put together the shocking events surrounding Constance’s death, before it’s too late.

Kevin Spacey (The Usual Suspects, American Beauty) gives another great performance in The Life of David Gale, the new film by celebrated director Alan Parker (Angel Heart, Mississippi Burning, The Commitments). This political thriller does not only tackle the hot issue of the death penalty in the United States, but also deals with loss, fanaticism and redemption. With Kate Winslet (Heavenly Creatures, Quills, Enigma), Laura Linney (The Truman Show, The Mothman Prophecies) and Gabriel Mann (Buffalo Soldiers, The Bourne Identity).