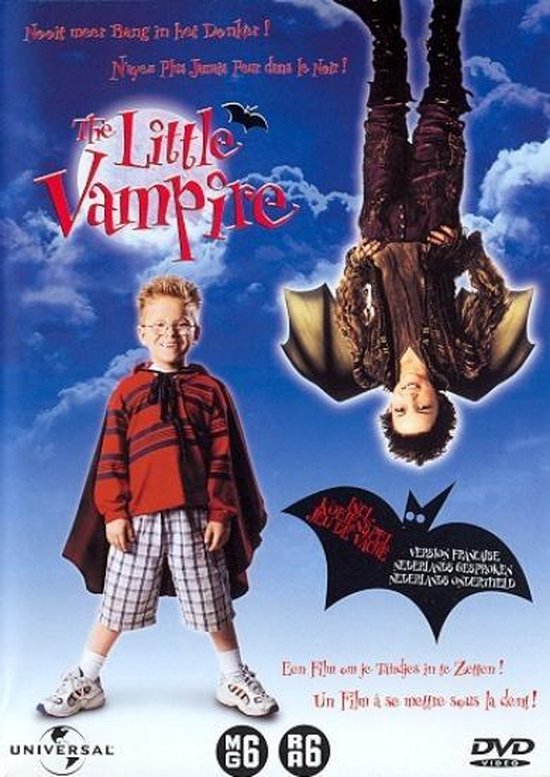 9 year old Tony has just moved with his parents from a big bustling city in America to a small village in a remote corner of Scotland. Every night, in his new home, Tony has nightmares about vampires and he has no idea why. He becomes so absorbed by them that he starts studying every book he can find on the subject. His classmates tease him about his vampire obsession and his teacher is so shocked that she arranges for Tony to see a psychologist. Then, one evening in his room, Tony gets a visit from a large bat. Before his eyes, the bat transforms into a 9 year old vampire boy, Rudolph, who happens to be extremely hungry. This is the beginning of a strange and wonderful friendship. The Little Vampire is an enchanting adaptation of German writer Angela Sommer-Bodenburg’s The Little Vampire novels by director Uli Edel (Christiane F, Last Exit To Brooklyn, Body of Evidence) and screenwriters Karey Kirkpatrick (James and the Giant Peach) and Larry Wilson (Beetlejuice). The film promotes tolerance and the power of imagination and can benefit from some accomplished action scenes and mischievous humour. Jonathan Lipnicky, the adorable little squirt in Jerry Maguire and Stuart Little, gives an endearing performance as the vampire-fixated Tony. Further starring Richard E. Grant (The Player, Dracula) and Alice Krige (Chariots of Fire, Star Trek : First Contact) as vampire father and mother. Jim Carter (Brassed Off, Shakespeare In Love) plays vampire hunter Rookery.