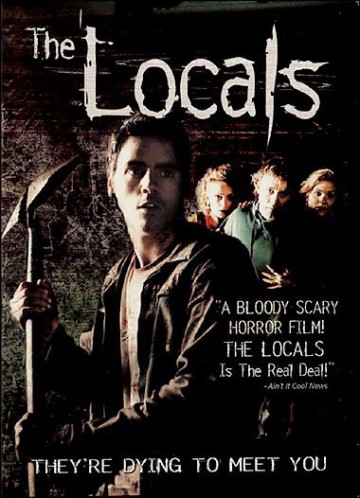 Grant and Paul leave the city behind for a weekend of fun, surfing and, if they’re lucky, girls. With night falling they take a short cut and meet Lisa and Kelly, a couple of babes with a fast car, who invite them to an Eighties party. Lust takes the wheel and a game of cat and mouse begins leading them deep into the heartland of evil where they meet The Locals. Set in the dead of night in the scariest part of New Zealand, these likeable, innocent young guys and galls are pitted against the things humans fear the most: being lost, being in the dark and being chased by an unknown, menacing foe. It’s the dead versus the living, played out against an inescapable curse with escalating levels of fear.