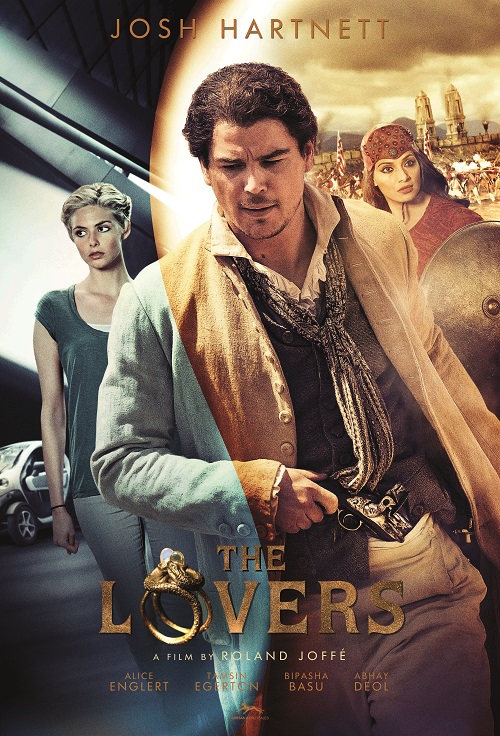 In the future, Jay and his wife Laura are exploring the depths of the ocean on the hunt for ancient artifacts from a sunken warship. They discover a ring encased in stone. When an accident occurs that puts Jay in a coma, his mind races back to the Colonial India, where he’s a Scotsman fighting to preserve British rule. Tasked with protecting a local queen, James is taken with Tulaja, a royal warrior working to defend her realm, only to face all sorts of betrayal and dangerous encounters. Escaping into the wilds of India, James is unable to ignore his attraction to Tulaja, despite his duties to the British Army, that has to face a cunning enemy. Back in a hospital room, Laura is pressured to make a decision about Jay’s life, trying desperately to think of a way to revive her husband.

The Lovers is a sweeping romance, time-travel sci-fi tale, and gallant period piece all at once by acclaimed writer-director and 2013 Bifff juror Roland Joffe (The Killing Fields, The Mission, City of Joy). And it’s a Belgian coproduction! His swashbuckling fantastic tale looks like a Hindu version of Out of Africa mixed with Cloud Atlas, with the leads taken care of by Josh Hartnett (Sin City, The Faculty, Penny Dreadful), his real-life wife Tamsin Egerton (The Brothers Grimsby, Camelot) and Bollywood princess Bipasha Basu.