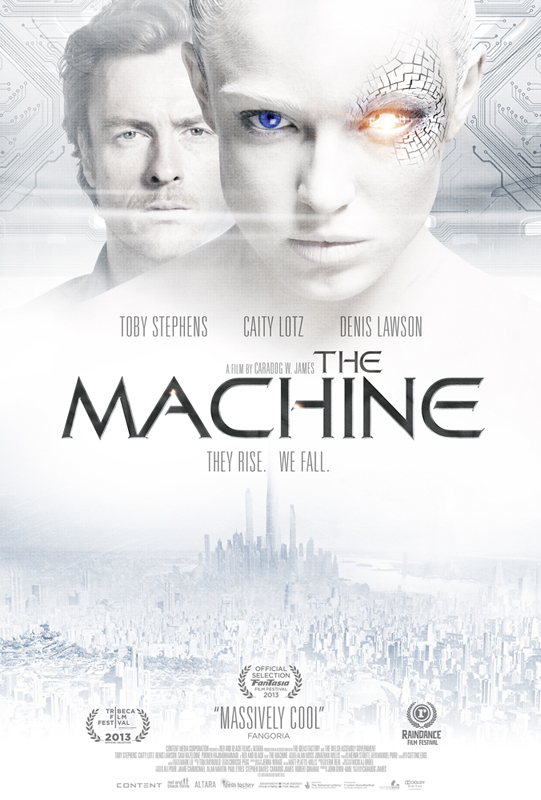 Set in an impoverished world plunged into a Cold War with a new enemy, Britain’s Ministry of Defense is on the brink of developing a game-changing weapon. Lead scientist Vincent McCarthy provides the answer with his creation, The Machine, an android with unrivalled physical and processing skills, a mechanized soldier and thinking robot that would not only have the ability to fight, but to negotiate and keep peace too. Vincent begins by placing implant chips into fatally wounded soldiers’ brains, to revive them into a state of controlled consciousness. When a programming glitch causes an early prototype to destroy his lab and threaten his life, McCarthy seeks more help. He enlists artificial intelligence expert Ava. Together they work to harness the full potential of a truly conscious fighting machine and to save his daughter from the grips of her illness. Thomson, Vincent’s scheming boss, is only really interested in a killing machine that will follow his every command. When Vincent’s creation shows signs of true consciousness and intelligence Thomson orders it to be deactivated. But The Machine has its own ideas and fights back with a vengeance. The Machine, a mix between Frankenstein and Blade Runner, is an intense and stylish science fiction feature by young Welshman Caradog James ( Little White Lies ). Caity Lotz ( The Pact, Battle of the Year ) excels as the sexy robot whose humanity sets her on a ramming course against her cruel masters. Toby Stephens ( Photographing