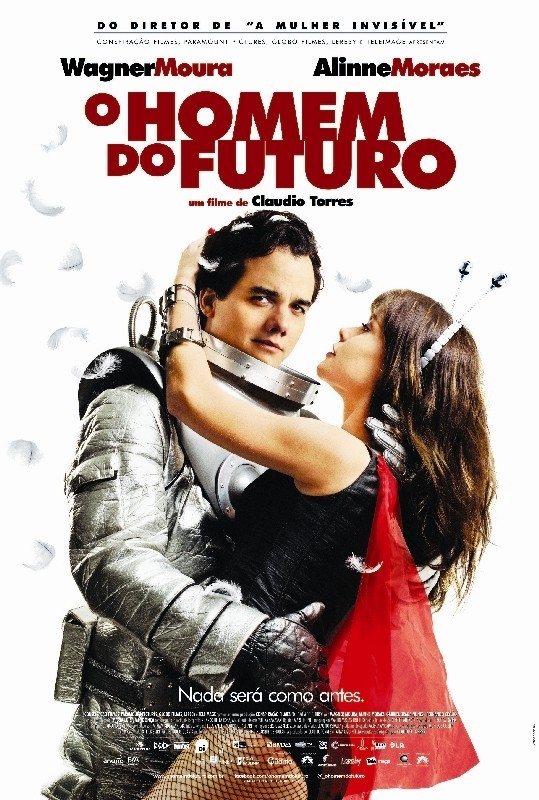 THE MAN FROM THE FUTURE

Brazil, 2011. João or Zero as everybody calls him, is a bitter but brilliant physicist who still broods over the fateful night 20 years ago, where he was publicly betrayed and humiliated at a college party by Helena, the love of his life. Although heading one of the largest scientific projects in Brazil, his eccentricities and tantrums are going to get him fired. With his back against the wall, Zero prematurely tests his invention, a machine that is supposed to be a new source of sustainable energy for mankind. To his surprise, the reaction caused by the machine opens a bridge to the past, leading him to that fatal night in 1991, a few hours before Helena left him for popular playboy Ricardo. But not this time. Zero makes certain that his younger self gets the girl and is assured of future wealth and fame. The mess he finds upon his return to 2011, leaves him with just one choice : going back again to the past for a confrontation between three versions of himself. The world knows Wagner Moura as the tough as nails cop Nascimento from the award winning Tropa De Elite. The character he plays in Man From The Future cannot be further removed from his most famous part. Moura is as well Doc Brown as Marty McFly in this Brazilian Back to the Future from director Claudio Torres. Man from the Future is a refreshing and genuinely funny new addition to the fast growing tribe of time travel comedies, thanks to an intelligent script, enthusiastic performances and some impressive special effects.