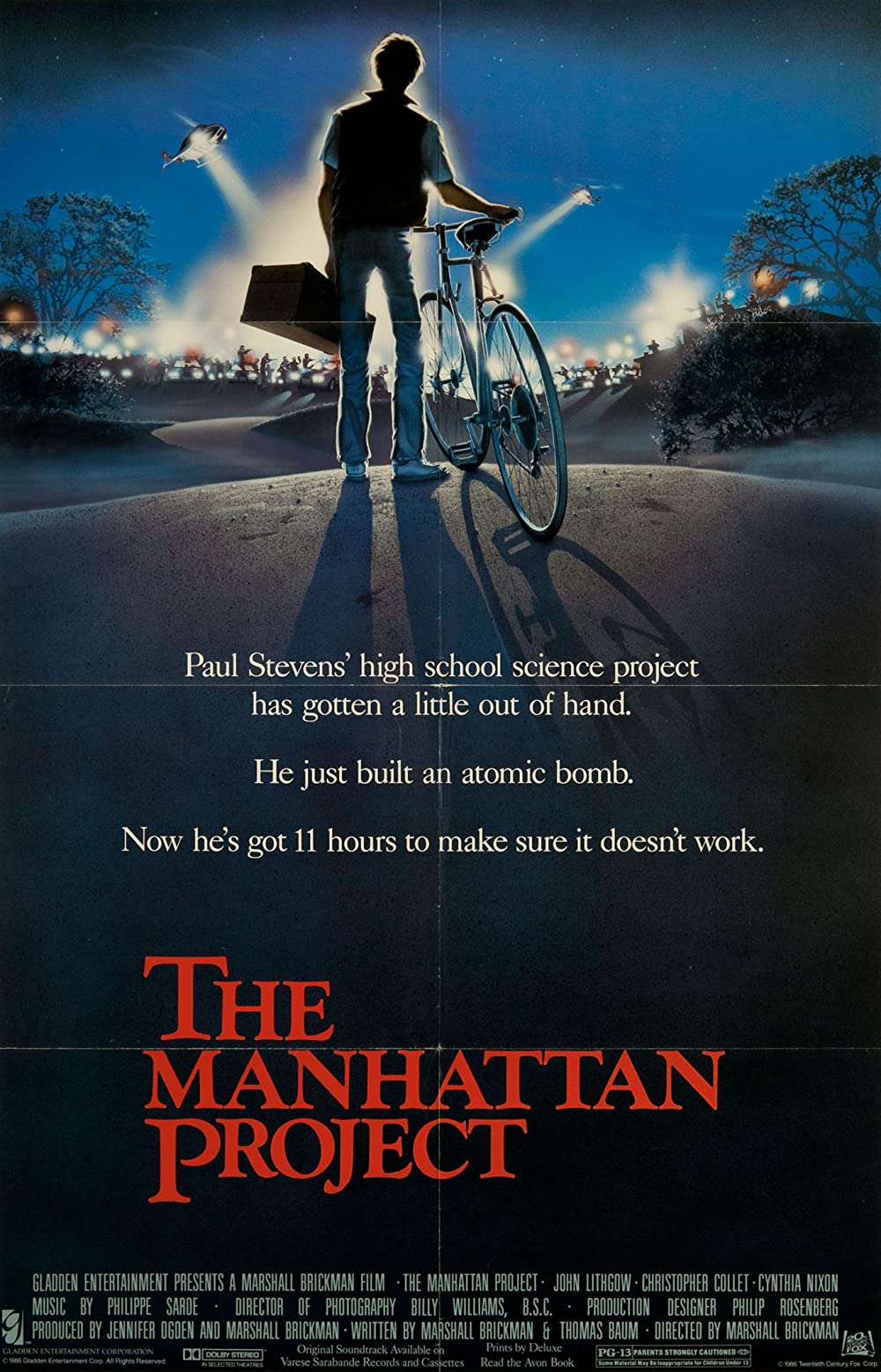 The little gray cells of our hero have started to work really early. So early that, by 16, he is clearly considered a genius. He finds bombs fascinating. The bomb, the nuclear one, the one which has written the darkest pages of our history, the one which should be haunting our worst nightmares… Conveniently, his mother’s suitor is a licensed scientist and atomist who owns the prized plutonium. Our little genius will quickly pull the secrets of the alembic out of the scientist, who is too busy wanting to gain the favor of the child’s mother…
Some (borrowed) plutonium and quick thinking will do the rest: he is getting his bomb!
But his childish games will not go unnoticed: in the eyes of the law, he is becoming a terrorist to shoot down!
Marshall Brichman, the director, has worked as a screenwriter with Woody Allen, with whom he wrote “Annie Hall”, “Manhattan” and “Sleeper” before directing his first movies, “Simon” and “Lovesick”. The movie has received a warm welcome in the US: “A nail-biting thriller” (New York Post); “a smart and captivating thriller” (Time); “An intelligent dialogue and humoristic situations are getting the word out regarding the madness of nuclear weapons” (Variety).
Starring among others John Lithgow, the more-than-mad scientist from “Buckaroo Banzai” and the scared traveler from “Twilight Zone: The Movie”, who brings a real fantasy to “The Manhattan Project”.