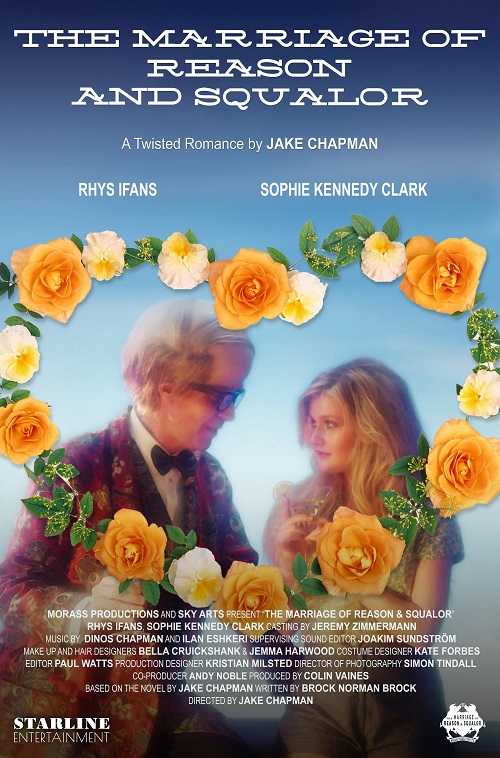 THE MARRIAGE OF REASON AND SQUALOR

With a name like Chlamydia Love, it comes as no surprise that the young lady in question is considered to be the office slut. Her colleagues also do not miss an occasion to ridicule her when she talks about her imaginary prince on a white horse. Chlamydia couldn’t care less. She just has to jump into a flushing toilet bowl to meet her beloved, the handsome surgeon Algernon Hertz. But her precious prince keeps her waiting and locals turn out to be a whole lot more savage that what is mentioned in the glossy tourist brochures. Chlamydia has to go on the run and ends up in the lair of the misanthropic scientist Helmut Mandragorass, a specimen of the male race not exactly blessed with dashing looks as his protruding forehead dwarves everything else. Paradise isn’t always what it seems to be.

The brothers Jake and Dinos Chapman are known postmodern artists with a love for the grotesque. They adapted Jake’s book into a mini television series which then got the feature treatment. The Marriage of Reason and Squalor is a delightful burlesque pastiche and a surreal look on modern love with in the leads the incomparable Rhys Ifans (Harry Potter, The Amazing Spiderman, Snowden) and Sophie Kennedy Clark (Nymphomaniac).