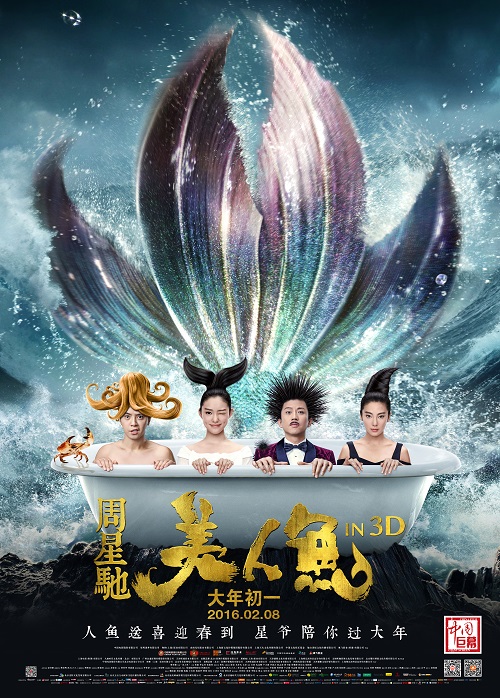 Business mogul Liu Xuan is a few billion Yuans lighter and now the proud owner of the Green Gulf, a natural sanctuary that he wants to develop into an industrial zone. Environmental activists are in uproar, because the Gulf is known to be a haven for dolphins. Xuan couldn’t care less. He even develops a sonar capable of tuning Flipper into instant sashimi. But the resistance doesn’t only walk on two legs. What Xuan doesn’t know is that the Green Gulf is the home of a colony of mermaids and his sonar is seen as an existential threat. The send Shan, the most seductive of them all, on dry land to get close to Xuan and kill him. But the world of men is full of traps and temptations and soon Shan has all the trouble in the world to stay on mission. Stephen Chow, the boy wonder of Chinese cinema has already delighted us with Shaolin Soccer, Kung Fu Hustle and Journey to the West. Now he’s finally back with his very own version of The Little Mermaid, but she’s anything but little and she’s got quite a bite. The Mermaid is big budget fantasy, larger than life and not just an incredible blockbuster in its home country, but also widely praised by critics for its unique charm. In other words: Stephen Chow does it again!