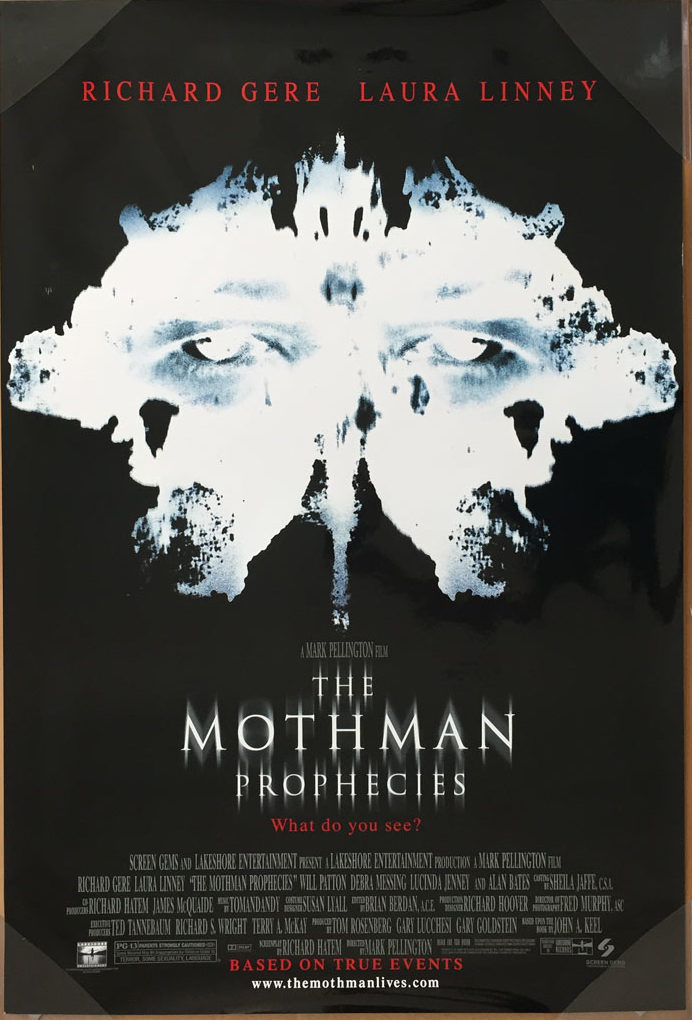 John Klein is a successful journalist and is happily married to the beautiful Mary. While driving back from looking at the dream house they want to buy, Mary sees something fly at the windshield and she crashes the car. John didn’t see anything, but the thing continues to haunt Mary. Soon after the incident, she dies from an inexplicable brain tumour. Two years later, John still grieves for his wife. When driving to an assignment, his car suddenly breaks down on a lonely road. He discovers that somehow he’s driven to the small town of Point Pleasant, 400 miles off his main course, with no idea how he got there. After becoming intrigued by reports of unexplained phenomena and sightings of a “winged being”, John decides to stay for a while. The reports seem to be connected not only to each other, but also to the strange drawings Mary did before she died. Mark Pellington, who visited us in 1999 with his topnotch thriller debut Arlington Road, has based his second film on some bizarre, allegedly true events that occurred in the mid-60s in Point Pleasant, West Viriginia. The film draws its power from the fundamentally chilling story and Pellington’s assured direction. The Mothman Prophecies, with its wonderfully self-reflective structure and haunting ending will continue to engage the audience long after the end credits. With in the leading parts Richard Gere (Internal Affairs, Red Corner, The Jackal), Laura Linney (TV’s Tales of the City, The Truman Show) and Alan Bates (The Fixer, Gosford Park).