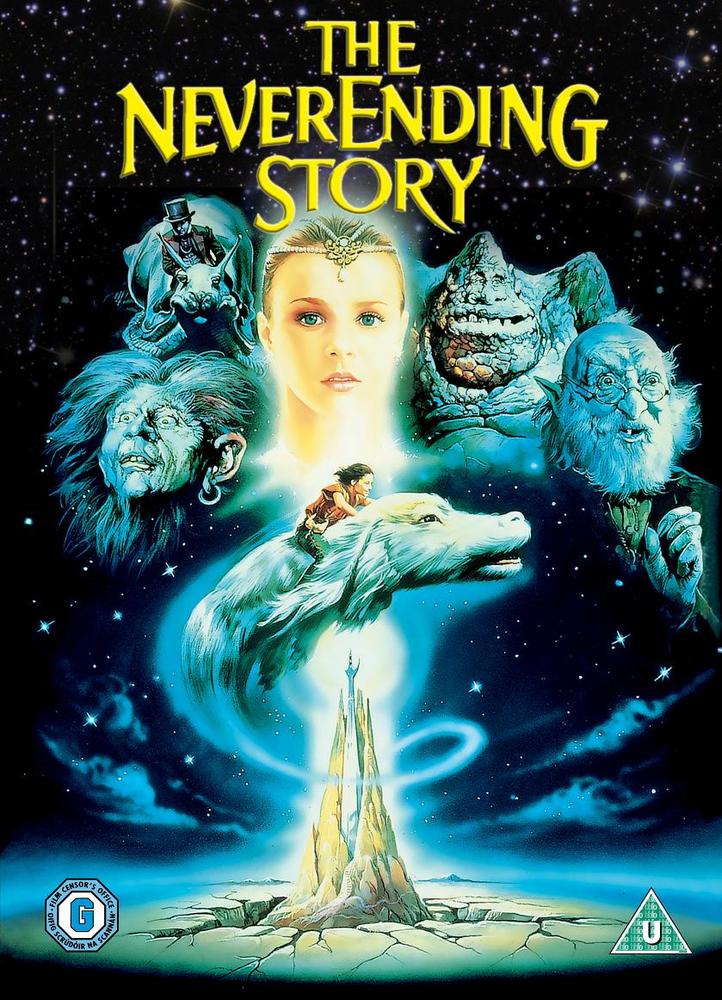 Since his mother died Bastien has become a reserved boy. One day the ten-year –old discovers an old fairytale book with the appealing title THE NEVER ENDING STORY in an old antique shop. Just by reading the first pages he is being pulled into the whirling and even magical story of the book that describes a fantastic world in which the most amazing creatures are hiding…
Wolfgang Peterson (Das Boot, Enemy Mine), the figurehead of German cinema today, pays a tribute to the human (and children’s in particular) imagination. To bring the fairytale land from Petersens imagination to the screen, the director had united 200 artists and engineers by his side. One of them was Brian Johnson who had already been nominated for the desirable Oscar with films like Alien, The Empire Strikes Back and Dragonslayer. The film demanded a preparation of two years in one of the most modern studios in Europe and has about 300 special effects. But Petersens film is not only a success from a technical point of view. His film radiates a charm that calls for comparisons with the magnificent The Wizard of Oz.